It's ironic when you think about it. Ottawa had been trying to whip up competition in the wireless industry for years, and as it searched for a way to crack Canada's oligopoly, the government looked abroad.

The Conservatives went out of their way to back Wind Mobile, overturning a regulatory decision that determined the company bankrolled by Egyptian billionaire Naguib Sawiris contravened foreign ownership limits. Then, the government changed the rules, allowing foreign interests to control any wireless operator whose market share was 10 per cent or less.

And when that didn't work out, Ottawa rolled out the red carpet for American operator Verizon Communications Inc., only to be snubbed when the mobile giant decided it had a grander deal to conclude with its former partner Vodafone Group PLC.

It turns out that the remedy to the Conservatives' nagging wireless headache was right in their back yard, on the Quebec side of the Ottawa River. Maybe.

News that Quebecor Inc. has moved beyond its home province through the acquisition of wireless licences in Ontario, Alberta and British Columbia has raised hopes that real competition is on its way in the rest of Canada or ROC, as Quebeckers say. It is also a relief for the Conservatives, whose largely unsuccessful attempts at shaking up Canada's mobile industry have become a source of embarrassment.

Federal Industry Minister James Moore rejoiced at the outcome of the spectrum auction on Wednesday. It is "great," he said, that three other provinces will have a "fourth player option." But Mr. Moore may well have been getting ahead of himself.

There is no denying that Quebecor had big wireless ambitions, even more so under the leadership of its new president, Robert Dépatie, the executive who drove Quebecor's resounding success first in telephony, then in wireless. The mobile service launched in 2010 boasts close to 500,000 customers and is already profitable.

But the company's enviable record will be difficult to replicate elsewhere, as a number of financial analysts have pointed out this week.

The name of its telecom affiliate, Vidéotron, is largely unknown outside Quebec. The unit will not be able to bundle its mobile services with its Internet, cable and phone services outside Quebec. And the company would need to invest heavily in its network to expand all to the way to British Columbia. Those obstacles make Vidéotron's national service a non-starter. That is, unless Ottawa opens the door wide open by forcing incumbents to share their towers and provide roaming services at dirt-cheap prices.

You can expect the Montreal company to drive a hard bargain with Ottawa if the government is determined to have a fourth national player. And in the fine art of convincing governments to see the world their way, Quebecor executives are masters.

They persuaded Ottawa to tweak the rules of its 2008 wireless auction so that some spectrum would be set aside for newcomers – and in that group, they were the 800-pound gorilla. They were instrumental in convincing the cash-strapped Quebec government and Quebec City to invest $387-million in a new sports and entertainment arena that will be named after Quebecor and managed by the company in a favourable deal that was arrived at without a public tender. They drove the "Say No to Bell" coalition that killed the first version of the Bell-Astral merger.

Meanwhile, the Conservatives will have a hard time resisting Quebecor's demands. Ottawa was largely blamed for letting down the mobile upstarts – Mobilicity, Public Mobile and Wind Mobile – after inviting them to compete. The government took too much time to limit the duration of service contracts from three years to two, for instance, which limited the ability of upstarts to win over clients. Moreover, Canada's roaming and tower-sharing rules were – and remain – largely unfavourable to newcomers.

It will be all the more difficult for the Conservatives to say no to Quebecor as they are trying to cast themselves as the true defenders of the Canadian consumers in a bid to get re-elected.

Rarely have the stars been so perfectly aligned for Quebecor. In fact, the only thing missing would be a National Hockey League franchise.

Wireless competition: They bought the spectrum. Now use it
February 20, 2014 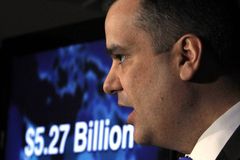 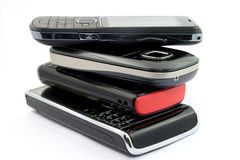 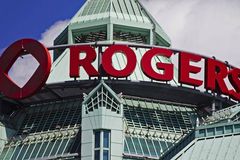