The battle to transform the way Canadians pay at the checkout counter is gearing up to be a long slog with countless twists and turns.

While the country's biggest banks, telcos and credit card companies are sprinting out of the gate, each with different approaches on creating the mobile wallet, the race is more likely to evolve into a marathon with very high stakes.

Collectively the Canadian players have already spent tens of millions of dollars on burgeoning technology for the mobile wallet, an application that allows consumers to pay for items by swiping their smartphones instead of plastic credit or debit cards. Powerhouses such as Canadian Imperial Bank of Commerce, Royal Bank of Canada, BCE Inc. and Rogers Communications have already staked their territory, but the roster is quickly growing, including new entrants such as tech titans Apple Inc. and Google Inc. The bigger the ecosystem becomes, the harder it will be to make one specific app standout.

There are also questions about Canadians' willingness to embrace the technology. It took years for consumers to adopt flash, or "paypass" technology, a type of payment that allows them to wave their credit card in front of a sensor, rather than inserting a credit card into a hand-held terminal and entering a PIN number.

To alleviate that burden, the mobile wallet creators are hoping that retailers can come to the rescue, as they have in the past. "When we adopted paypass technology, there were minimal transactions going through," said Barry Columb, head of PC Financial, which just launched its own mobile wallet as a partnership with Toronto-Dominion Bank. "The retailers adopted it, and consumers then adopted it."

It's hard for a bank or a telco to convey the benefits of paying with a mobile phone, especially when credit card transactions are already so seamless. "Changing consumer behaviour in payments is a time consuming, expensive exercise," said David Robinson, vice-president of emerging business at Rogers. Canadians have embraced flash and PIN payment, "but it wasn't overnight. It took years and years of effort."

Consumers are also much more likely to be willing to try something new if it is tied to something they cherish, such as their morning Starbucks – one of the retailers that has embraced mobile payments.

Despite the roadblocks, there is a key reason all of these companies are so quick to market with their apps. While they hope the individual product will win, they also hope to dictate the terms of the fight – something that is extremely important as the tech giants enter the fray.

iBeacon uses Bluetooth low-energy technology, which transmits data stored in iPhones, such as payments information, over bigger distances than NFC using sensors placed in a store, and without a consumer physically tapping a smartphone against a contactless payment terminal at the cash register. Apple controls about 35 per cent of Canada's smartphone market, according to comScore.

The early days of e-commerce give a clear example as to why it is so crucial to dictate these fundamental terms. When online shopping was in its very early stages, customers were very slow to embrace the technology. Once Amazon set up the online shopping cart, the experience instantly became much more seamless, and the technology took off, said Linda Mantia, head of credit cards at RBC and a former e-commerce management consultant at McKinsey. Rivals tried to replicate the experience, but Amazon was able to patent its technology, giving them an early leg up.

"The earlier you're there to help understand what clients do, and to shape it, will give you a sustainable competitive advantage," Ms. Mantia said. 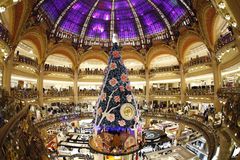 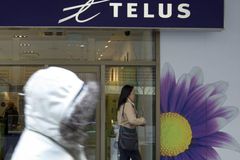 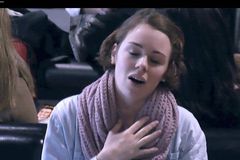 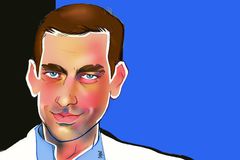 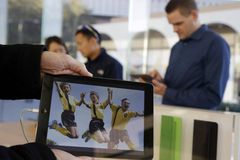