Canada should give up on the idea of renegotiating the sweeping Trans-Pacific Partnership agreement and instead focus on brokering side deals to modify some of the aspects that aren't in the country's best interests, a group of trade and innovation experts argued on Friday.

At a workshop at the University of Toronto's Munk School of Global Affairs, organized at the request of International Trade Minister Chrystia Freeland, political economists, lawyers and professors also suggested that the 12-country Pacific Rim trade deal offers some lessons for future agreements.

"We need to find some way to minimize the damage," said economist Dan Trefler, who studies competitiveness and prosperity at the Rotman School of Management at the U of T, and like most speakers, said it was a foregone conclusion that Canada would sign the deal, which all countries have two years to ratify.

Ottawa law professor Michael Geist said the deal the Australian government won on health data privacy protections, which allows the country to prevent data from leaving its borders, is an example of a modification Canada should emulate. The other method is to push Canadian digital and industrial policy into areas not covered by the deal, he said.

Mr. Geist argued that even though the TPP creates even more rigid extension of the existing copyright regime, Canada needs to keep legislating things like its copyright bill to "create facts on the ground" that can make their way into future agreements.

One of Canada's wins in the negotiation was a carve-out for our notice-and-notice copyright take-down regime for Internet service providers, which grew out of the 2011 Copyright Modernization Act.

A chief criticism is that the intellectual property rules the TPP locks into place are already of questionable value. Dan Breznitz, a professor and Munk Chair of Innovation Studies, said his views on patent and copyright regimes were shaped by representing patent trolls – or entities bringing litigation against companies they claim are using their ideas – in the U.S. The U.S. system, where broad patent protections function as "a tax" on innovative companies, would be spread across the TPP member states.

"It always ended with the realization that the most efficient way to make money on [intellectual property rules] is to sue the hell out of everyone ... but that does not incentive innovation at all," Mr. Breznitz said.

Among the attendees was former BlackBerry co-CEO Jim Balsillie, who has mobilized tech leaders to urge the government to develop a digital strategy for the economy aimed at commercializing Canadian intellectual property.

Janice Stein, the founder and former director of the Munk School, put the deal in geopolitical context by warning about the dangers of U.S. attempts to constrain China by using the TPP as both trade policy and as national security policy. "Any time you use an economic tool for political purposes, you run into problems," she said.

No date has been set for hearings or a final vote between member countries. The Liberal government also hasn't announced whether it will attend the formal signing Feb. 4 in Auckland, N.Z.

Ms. Freeland said she's heard both opposition and support in consultations so far.

With files from the The Canadian Press. 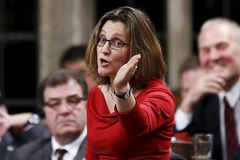 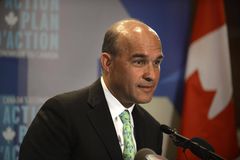 Opinion
TPP is an evolution, not a revolution, in Canada’s journey
January 8, 2016 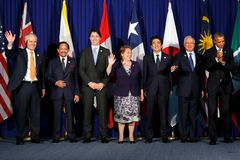 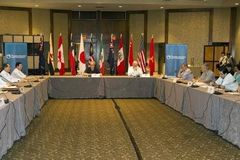