On Thursday morning, the San Francisco-based company launched Rdio Select, a $3.99 monthly subscription tier that lets users play up to 25 different songs on demand each day, on top of ad-free streaming radio.

The new offering, one of the first of its kind, is nestled between Rdio's ad-supported digital radio stations and the $10-a-month unlimited-music-on-demand tier. This opens up a whole new market segment for the service, which faces an uphill battle against major international competitors like Deezer and Spotify: casual listeners who want some, but not much, music on demand.

The new price tier is an attempt to seize a piece of streaming music's narrative as the industry gets more crowded. It comes less than two months after rap mogul Jay-Z relaunched the luxury, high-fidelity streaming service TIDAL, and just ahead of Apple's anticipated entry into the subscription streaming world, which could come as early as June. By engineering a price tier within the range that most casual listeners spend annually, Rdio is trying to differentiate itself through affordability and convenience.

In an interview before the release, Rdio chief executive Anthony Bay likened Rdio's new suite of options to an airline's. "We're introducing coach when all we had before was business class," he said. "We think it's super important, from an adoption point of view, to put something out that both has great features and appeals to the broad market."

Global recording industry revenues were stagnant last year at about $15-billion (U.S.), with foundering CD and download sales offset by a 39-per-cent growth in streaming revenue, according to International Federation of the Phonographic Industry (IFPI), a chief global music lobby group.

But streaming services still have a lot of ground to cover to bring revenue growth back to the ailing industry. To do that, music industry sources and analysts say, services need to scale up with new, cheaper price tiers – like Rdio Select. The $10 subscription tier is "an aficionado price point," digital music analyst Mark Mulligan told The Globe and Mail in April, emphasizing the need for more affordable options to scale up adoption.

Edgar Berger, chair and chief executive of Sony Music Entertainment, echoed those remarks on an IFPI conference call last month. "We need to attract consumers towards paid models, and in order to achieve this, in order to monetize better, we are starting to see more diversified consumer offerings, like hits-only streaming packages, family plans, as well as premium services," Mr. Berger said.

Rdio Select lets users play 25 new songs on demand each day. The new $4 monthly price point adds up to $48 annually, which is about what the average iTunes user spends on music in a year, according to digital music entrepreneur and investor David Pakman. That means with $48, a consumer can check out 48 new songs on iTunes all year; with Rdio Select, they can exceed that in two days, and keep exploring another 25 each day after. The user can keep the same number of songs on their phone to listen offline as often as they want.

Mr. Bay said it's geared less towards ever-hungry music omnivores and more towards curious-but-frugal listeners who might want to download a song they hear on the radio, or hear that artist's full album.

"All of a sudden, all of the behaviours that lead [most people] to buying a song, you can now have these songs in Rdio Select," he said.

Unlike streaming video services, dominated by profitable enterprises like Netflix, streaming music services have yet to scale large enough to earn sustainable profits. Their costs are dominated by royalty fees paid to music rights holders, though many artists have spoken up against how little they receive from streaming after labels and publishers take their cuts.

Rather than focus on "lossless" audio and bonus content like new rival TIDAL, Rdio hopes a low price tier will encourage more adoption and awareness. (An unscientific Globe investigation found that most users won't be able to tell the difference between TIDAL's lossless audio and other quality levels. Rdio Select offers 320kbps-quality audio files – high for a digital file, but not perfect.)

The Select tier also offers ad-free programmed music stations based on songs and artists, similar to the wildly popular U.S. service Pandora Internet Radio, which is not available in Canada.

While Deezer offers a $6 monthly unlimited ad-free package to users of the AT&T subsidiary Cricket Wireless, its North American chief executive Tyler Goldman believes such tiers won't save the industry.

Rdio, founded by Skype co-creator Janus Friis in 2010 and available in 85 countries, was one of the first major, legally licensed streaming services available in Canada. Rdio Select launched Thursday in Canada, with 60-day trials available for a limited time. 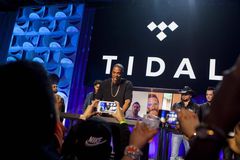 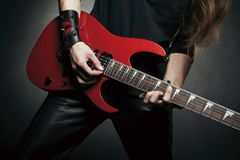