He is ready, and willing, to answer the uncomfortable questions – about how it feels to be adored, then fall out of favour and lose the trust of investors and the people who helped make you a success in the first place.

Michael Cooper emerged as Canada's real estate wunderkind two decades ago, rising under Ned Goodman's wing within the Dundee family of companies. Mr. Cooper built a reputation for bold and shrewd acquisitions and assembled a formidable property portfolio. Then he timed the market perfectly by selling its eastern Canadian assets for $2.4-billion to General Electric Co.'s real estate arm in June, 2007.

Rivals were envious of his deal-making savvy. Edward Sonshine, the chief executive officer of RioCan REIT and no small player in the Canadian real estate business, has said that during this era, Mr. Cooper "made some of the most brilliant decisions."

It turned out to be only Act 1.

An epic financial crisis, sparked by a U.S. real estate and credit bubble, was right around the corner.

After waiting out the worst of the Great Recession, Mr. Cooper created more real estate trusts, then launched another buying spree. His signature deal was the 2012 purchase of Scotia Plaza in downtown Toronto with a minority partner. The $1.3-billion price was then the highest ever for a Canadian office tower, and the deal planted his flag in the heart of Bay Street.

Then, a plot twist: The GE sale had left Mr. Cooper's primary public company, Dream Office REIT, with about 60 per cent of its assets in Alberta. In 2014, the province's economy crashed when energy prices did.

There would be blood: A $675-million writedown. Not one, but two, cuts to the REIT's monthly distribution to investors. A stock price that fell 50 per cent between September, 2014, and January, 2016.

Was it painful to endure, even embarrassing? "It was humiliating," Mr. Cooper says. "A lot of people who run [struggling] companies can't emotionally stick it out, so they sell and then quit – and I don't blame them."

Yet, he is giving a wide-ranging interview, admitting this, because he didn't flee. Actually, he's back – possibly for the next act, maybe for the denouement. Mr. Cooper has pulled back somewhat in recent years, as other people became the public faces of his three real estate investment trusts. But late last month, Dream Office REIT announced that he was returning as its CEO. It's a chance to remake his name.

Which may be why we are sitting in the cafeteria of his real estate empire's head office, talking about his new vision and reflecting on past mistakes. Many people want the glory, then turtle when things go bad. Mr. Cooper is here, unscripted, with no media handlers.

"If I'm paraphrasing," he says, playing along with a crude career narrative I've described to him, "The first act is: 'Everything he touches turns to gold.'" he says.

Well, that's to be determined. Dream Office looks dramatically different from when he took a step back in 2014. The REIT unloaded assets after the Calgary market tanked, chopping its portfolio value to less than $3-billion from a book value of $7.2-billion. Even the jewel of the empire, Scotia Plaza, got sold.

As Dream revamped, the foundations of the commercial real estate market started to change. REITs had emerged 25 years earlier and benefited from a powerful tailwind of falling interest rates, which dramatically lowered their mortgage costs and made their high yields attractive to investors.

That environment has evolved. Rates have been low, but are rising. Meanwhile, private, often foreign, buyers have been pouring into Canada, sending values for commercial properties in cities such as Toronto and Vancouver soaring. All the desirable assets have become expensive, forcing many REITs to shift their focus from buying properties to developing them on their own – a task with inherently more risk.

"It used to be that if you develop [properties] in a REIT, you needed to focus on communicating how little risk there is, or on your strategy for reducing risk," Mr. Cooper explains. "Now everybody wants to show how much development they can possibly put on their real estate."

The office market is enduring its own plot twists. Many companies are squeezing more employees into fewer square feet of space, often by using open-concept layouts with shared desks. The very concept of office space is also evolving. "Co-working" environments are growing popular, in which freelancers and small companies rent desks that are surrounded by strangers.

Still, he has a strategy. It just took more time to materialize than originally expected.

At first, Dream's revamp didn't include selling Alberta assets. But then the REIT wrote down its properties in the province. "I think that, in a way, was a for-sale sign," Mr. Cooper says. Buyers emerged.

Around the same time, the Toronto office market started to take off. Vacancy rates in the core now sit at 4 per cent. Stories are circulating about commercial agents hoping to get a lead on tenants that may be going bankrupt to find office space for prospective clients.

Why, then, sell Scotia Plaza? "Scotia Plaza's a huge asset," Mr. Cooper explains. "We'd renovated it. We re-leased it. And we didn't think we could do more with it." Owning one of the biggest office towers in Canada in a smaller portfolio doesn't make as much sense, so over two deals he unloaded it to private equity player KingSett Capital.

Dream Office used the proceeds to buy back shares, and the share price is now up 60 per cent from its 2016 low, before the restructuring was announced. The company's portfolio is now nearly two-thirds weighted to Toronto.

And what would he would do differently, if he had the chance?

It's tough to say, Mr. Cooper explains. "If you do something many times, you get different outcomes," he notes. Dream Office had a much larger exposure to the Calgary market during the global financial crisis, but investors learned to look past it. Today Dream Office's exposure to the city is much smaller, and oil prices have stabilized, yet Calgary remains a disaster for the REIT, as well as for most commercial property owners – too much development, too much empty space.

And what has he learned?

Even physical assets, such as real estate, can be disrupted – and quickly, he says. The way we use office space is evolving, and major cities have major millennial appeal, which makes their properties much more appealing to prospective tenants. These sudden shifts are some of the reasons Dream Office's restructuring dragged on for so long, and involved many more buildings that originally projected.

Employees weren't always on board with the new vision. Because the plan kept evolving, morale suffered and some employees grew bitter.

The tone started to change this fall. With the restructuring complete – fingers crossed – Mr. Cooper held an off-site meeting in Europe and employees were asked to do asset management plans without numbers. In other words, to dream a little.

"By the time that week was over, morale had completely changed. Because people saw that what we had left was special," Mr. Cooper says.

He remains cautious about where the sector is going. He's been involved in real estate development for decades in a side company, so he knows it's a complicated game. "It might take two years to get an approval, and it might take another four years to build," he explains.

But he sees the positives now. At a major annual real estate conference in November, the major theme was that Canadian commercial properties must be nearing the end of their cycle. And yet, Mr. Cooper counters, "the smartest people in real estate are buyers today." The Westons want to buy Canadian REIT. Blackstone is acquiring Pure Industrial REIT.

And he can appreciate some personal victories. Working with long-time colleague Jane Gavan, Mr. Cooper co-created Dream Global REIT by acquiring German real estate in 2011. The yields on many European bonds turned negative in the years after, juicing real estate prices, and the company is benefiting even more now that the euro zone's economy is finally rebounding. Dream Global, which Ms. Gavan runs, is up 31 per cent since its IPO – and has returned 121 per cent to investors, including distributions.

For this new act, Mr. Cooper says investors shouldn't expect him to time the market perfectly again, because it's nearly impossible to do that twice – and the image it created of him wasn't accurate. He also hopes they have open minds, and realize the REIT is a completely different company.

"Never was it that everything I touched turned to gold," he says. "And everything isn't going bad now." 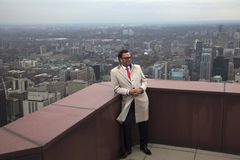 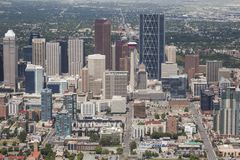