The central bank may have declared the recession's end to be nigh but Canada's forestry industry isn't ready to buy that just yet, with the U.S. housing market still fraught with risk, newspaper circulation dropping and the rising Canadian dollar putting pressure on exports.

That message was driven home again late this week as more of Canada's forest and paper product companies reported losses in the second quarter and no end in sight to their industry woes.

"I wish I could stand up today and say we are once again operating in a profitable way and talk about the end of the financial crisis, but I can't," Canfor Corp. president and CEO Jim Shepard told a conference call yesterday.

Mr. Shepard said even though recent U.S. housing statistics show signs of promise, he's concerned about the next wave of issues for the market, on which Canada's lumber industry relies heavily for its exports.

"We are now concerned about the adjustable rate mortgages coming up for renewal and the impending foreclosures which are expected to increase the number of houses for sale," Mr. Shepard said.

"This will further delay the recovery in lumber prices. Also, the rising Canadian dollar presents an additional challenge to any manufacturer or exporter."

The Canadian dollar was trading around 92 cents (U.S.) yesterday, which is up from an average of 80 cents in the first quarter.

The dollar's recent rise has been blamed for the shutdown of mills across Canada, including Canfor's indefinite closure of three mills in B.C. starting in early August, putting 600 people out of work.

Mr. Shepard made the comments after Vancouver-based Canfor reported a loss of $17-million in the second quarter, excluding one-time gains, and a nearly 25-per-cent drop in sales to about $541-million compared with the year before.

He said Canfor, one of Canada's largest producers of softwood lumber, was operating at 50 per cent of its capacity in the second quarter, down 10 per cent from the first quarter.

"This statistic alone should be a good indicator of where the market stands," Mr. Shepard said.

Bank of Canada Governor Mark Carney recently said the recession is over, with the summer quarter expected to produce growth of 1.3 per cent. But Finance Minister Jim Flaherty has cautioned against overly optimistic assessments, warning that Canada will continue to shed jobs even if there is GDP growth.

Canada's forest industry is focused on a recovery of the U.S. housing market because 80 per cent of its lumber is shipped there for uses such as building new homes.

Recent figures show both new and existing U.S. homes rose in June for the third consecutive month, but there is caution as long as the U.S. unemployment rate keeps rising and foreclosures remain high.

A rebound is the forestry sector isn't expected to take place until foreclosures start falling. Right now, fewer new homes are being bought because buyers view foreclosures as a better deal.

U.S. housing starts averaged about 541,000 units in the second quarter, compared with about one million during the same time last year.

In the pulp and paper industry, prices are down as a result of oversupply and the recession, as well as drop in newspaper consumption with the rise in Internet use. 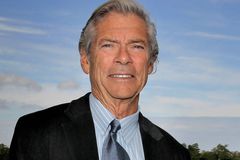