U.S. real estate magnate Richard Baker effected a resurrection of HBC that had just begun to manifest in the company's earnings.

HBC is likely to join that list on Thursday when it announces its second-quarter earnings.

"It's been a tough spring, certainly on the apparel side," said Maureen Atkinson, senior partner at retail consulting firm J.C. Williams Group. "If they manage to escape that, that would be a surprise."

Of course, it was not the relenting consumer that transformed last quarter for HBC, but rather the proposed takeover of the prestigious Saks chain, which has once again set the company on an unchartable course.

In July, HBC made an offer to buy the New York retailer for $2.9-billion, including $500-million in debt, in a deal that would bring Saks stores to Canada, further shaking up the fast-changing Canadian retail space.

"We believe the acquisition of Saks is a distraction for HBC's management," said Kathleen Wong, an analyst at Veritas Investment Research. HBC is still very much mid-transformation, she said. The rejuvenation of stores has focused on flagship city sites, but many of the suburban locations still await makeovers.

If the takeover goes through, and it is expected to by the end of the year, HBC's to-do list will get a lot longer. "HBC's management will have to turn around The Bay stores, improve Saks stores' performance, and integrate Saks' business with HBC," Ms. Wong said.

The company is also expected to reduce its debt burden by spinning off its real estate assets into an investment trust, allowing HBC to capitalize on Saks' considerable property value. The iconic Fifth Avenue store in Manhattan alone is estimated to be worth $1-billion.

So while HBC's recent earnings have been closely watched for signs of incremental progress, the gamble on Saks will have a far greater impression on the company's fortunes.

The arrival of Saks outlets in Canada will allow HBC to compete directly with Nordstrom, the upscale U.S. retailer planning a Canadian incursion beginning next year.

Meanwhile, HBC has weathered Target's expansion into Canada remarkably well. Mr. Baker first turned the competitive threat from the U.S. chain to his advantage by selling Target 220 leases to Zellers stores for $1.8-billion in 2011.

It has also helped that Target has stumbled since its Canadian launch, with consumers disillusioned about prices and inventory. A recent Forum Research poll found just 27 per cent of Target's customers "very satisfied" with their shopping experience, compared to HBC's score of 40 per cent. "There was the expectation that Target was going to come in and really hammer them. That has not really been the case," Ms. Atkinson said.

Still, Target remains a potent threat and HBC mustn't waver on its internal transformation, Ms. Wong said. There are immediate market pressures to contend with. Most retail chains have lowered their estimates for sales growth after a disappointing spring.

According to Bloomberg, analysts expect HBC to post a profit of 13.2 cents a share and sales of $939-million for the quarter ended Aug. 3.

But a mediocre second quarter itself wouldn't spoil a fiscal year. "If you miss spring, you can make it up in the fall," Ms. Atkinson said. "If you miss fall, it's pretty hard to make it up."

CPPIB poised for chunk of luxury chain Neiman Marcus
May 11, 2018 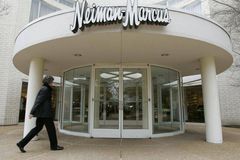 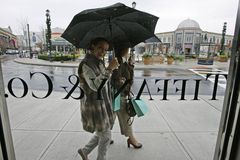