Regulators in both the United States and Canada are cracking down on the payday loan sector amid mounting criticism that onerous fees are sending consumers into a "debt trap."

In the United States, the Obama administration proposed new federal rules Thursday to regulate payday lenders, including requiring more verification of a customer's ability to pay back their debt and tighter limits on the number of times someone can renew their loans.

In this country, the Financial Consumer Agency of Canada has launched a study on the sector. At the provincial level, Alberta has introduced new legislation that will cap fees at $15 per $100 loan from the current $23, making them the lowest in the country. And Ontario is proposing changes to legislation meant to "increase protections" for consumers.

The shifts come amid high consumer debt in Canada and as joblessness plagues oil-producing parts of the country.

Meanwhile, payday lenders such as Money Mart and Cash Money have proliferated in recent decades.

There are now more than 1,400 outlets and online platforms in Canada, according to the Canadian Payday Loan Association. This growth has ignited a debate between those who say these firms fill a need for short-term, small-sum loans and others who believe the sector amounts to predatory lending.

"There is significant social and economic harm caused by people borrowing who really can't afford that high cost of borrowing," said Jeff Loomis, executive director of Momentum, a community economic development non-profit in Calgary that has mapped the prevalence of payday storefronts in low-income neighbourhoods.

Pamela Beebe turned to payday lenders because she had no other options: past debts from chiropractic studies and related fees combined with sporadic work, especially now in Calgary, hurt her credit history, and meant banks aren't willing to lend to her. A mother of two, she often needs quick cash to pay for groceries, make rent or buy bus tickets. She estimates she spends an average of $200 a month in fees from payday lenders, costs that have affected her stress levels and overall health.

"The effect is we can't get out of poverty," she says. "You feel stuck."

Canada's consumer financial watchdog says it is conducting research on the sector to "better understand" the current Canadian payday lending landscape. Results will be published in the fall. Its website bluntly states that "payday loans are much more expensive than other forms of credit."

In the United States, the new measures from the Consumer Financial Protection Bureau aim to protect consumers from "payday debt traps."

"Too many borrowers seeking a short-term cash fix are saddled with loans they cannot afford and sink into long-term debt," said Richard Cordray, CFPB director.

But the pressure isn't just from governments. Google Inc. said last month that it will ban ads for payday loans.

In Alberta, the pending changes, which also allow customers to pay back loans in instalments, are "reckless," said Tony Irwin, president of the Canadian Payday Loan Association. "Many Albertans will be denied access to credit," he said, adding that there will be store closures and job losses as a result. "For tens of thousands of people who rely on this service, which is needed … where will they go? And whether it be the United States, or Alberta, they will go to the same place – they will go underground to the illegal online industry."

In Calgary, Ms. Beebe welcomes the province's move to tighten regulations, saying it will allow her to save some money. She estimates there are now 11 payday outlets within five blocks of her house. "It would be better if there were less shops. There are just way too many. And some people might not consider the effects it's having and get caught into it." 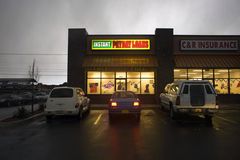 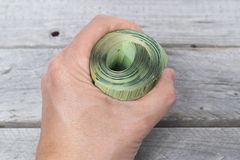