It's a summer of uncertainty in retail as some major players shake up their top ranks, underlining the urgency for change in the sector.

In the latest move, Sears Canada Inc. said late Monday that president Carrie Kirkman will step down at the end of this month and then serve as an adviser. The seasoned retailer had only arrived at the troubled chain last November with a mandate to introduce new fashion lines and lure younger shoppers.

Other chains, ranging from generalist Canadian Tire Corp. to grocer Sobeys Inc. and luxury fashion specialist Holt Renfrew & Co., are feeling the winds of change, with sudden departures of their leading executives.

Series: The Food 53: Ten industry heavyweights who have a direct say in what's for dinner

And while retail sales over all are still rising, they're moving more online and to low-cost titans.

He said retail is one of the fastest changing sectors, prompting merchants to look for new leaders. Consumers increasingly expect to be able to shop online, putting the heat on domestic retailers to constantly upgrade their e-commerce, he said.

Holt Renfrew, for example, carries a limited array of products online, while Canadian Tire offers pick-up of e-commerce orders in its stores but generally not home deliveries at its namesake banner. Sears recently set up a tech innovation lab to step up its digital capabilities.

Sears said this week that Ms. Kirkman, president and chief merchant, will take on an "advisory role" after her "transition away from her position with the company and as a director" at the end of the retailer's fiscal second quarter. Still, the chain will introduce several new brands in the fall, it said.

New board member Heywood Wilansky, a retail executive with more than 45 years of industry experience, will play an expanded role at Sears as a senior adviser for merchandising, the company said.

Sears has struggled through four top executives in as many years, with Brandon Stranzl being named executive chairman last summer. A close associate of U.S. hedge fund manager Edward Lampert, who controls Sears, Mr. Stranzl has hired new executives and launched new initiatives in a bid to revive the operations.

Privately held Holt Renfrew, which faces growing competition from U.S. rivals Nordstrom and Saks, said last week it will replace president Mark Derbyshire with Mario Grauso. He currently holds that position at Joe Fresh, the clothing arm of Loblaw Cos. Ltd. Both Loblaw and Holt Renfrew are controlled by the Weston family.

Joe Jackman of consultancy Jackman Reinvents said he anticipates more changes at the top ranks of retail and "it will come more frequently."

He said many retail CEOs are not equipped or prepared to manage in a world where "substantial change is a constant let alone so deeply connected to technology and data. Getting these things right is now mission critical."

He said enlightened retailers now think of themselves as tech companies as much as curators and sellers of goods.

"Today the question is: 'How much do we starve our stores of capital in order to make the technology investments we need to keep pace.' Not an easy answer, and not an easy time to lead."

He said boards of directors, public markets and private equity owners have little patience for weakening performance or even the hint of it. "The stakes are too high, and the environment too volatile, to have anything less than absolute clarity on where growth will come from and exactly how value will be created." 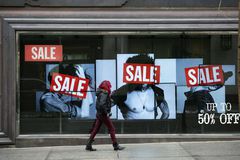 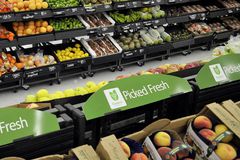 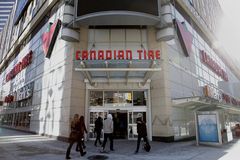