Craig Alexander is senior vice-president and chief economist of the Conference Board of Canada.

Policy makers in the major developed economies will be pleased by the fortunes of 2017 and will hope for a continuation in 2018.

Indeed, from an economics perspective, 2017 turned out better than anticipated. Twelve months ago, there were deep concerns that, in the wake of Donald Trump's election victory and the Brexit vote, the forces of nationalism, populism and protectionism could cause material harm. Those negative influences are still present and remain a key danger. But European elections did not produce extreme governments, and gridlock characterized much of U.S. policy – which limited the new President's potential impact.

With negative factors diminished, the world economy strengthened, producing the most increasingly synchronous global growth since the past recession. However, some regions of the world are at very different stages of the business cycle, creating policy challenges in 2018.

The U.S. economy is now in its ninth consecutive year of growth, one of the longest on record, and many signs are emerging that the expansion is getting long in the tooth. The slack in the labour market has been absorbed and equity market valuations are high. Yet the U.S. government is providing additional stimulus through tax cuts at a time that sound economics calls for less stimulus. The question for the U.S. Federal Reserve isn't whether to raise interest rates, but by how much. Rebalancing U.S. monetary policy will be a tricky affair for the new Federal Reserve Governor and his colleagues. And when the Fed tightens the monetary policy, it has far-reaching consequences in global financial markets.

Inflation risk is less of a concern in Europe because of the legacy from the 2010-13 fiscal crisis. Economic growth in continental Europe is expected to slow to about 2 per cent this year from 2.3 per cent last year. For Europe to sustain stronger growth than projected for 2018, it needs to make progress on economic reforms, such as the labour reforms being pursued by French President Emmanuel Macron.

Many were surprised that, in the wake of the Brexit vote, the British economy didn't suffer badly. But Britain and the European Union have difficult negotiations in 2018, and it is likely that more of the negative fallout from the exit decision will become apparent, leading to slower British economic expansion.

In Canada, the economy delivered a 3-per-cent gain in 2017, the largest of the Group of Seven economies. However, policy makers should not become complacent by this robust performance. Part of last year's strength represented a rebound from two years of subpar national economic growth as a result of the prior fall in commodity prices. Worryingly, the main catalyst of economic strength once again came from heavily overindebted consumers and real estate.

For years, economists have expected exports and investment to be greater drivers of Canadian prosperity. Exports did expand last year, but entirely from the energy sector. Non-energy exports declined despite improving demand from our trading partners. Canada continues to lose market share in many core non-commodity export markets. Business investment also rose in 2017, but the pace was far from impressive. As the rebound effect ends, the pace of Canadian economic growth will slow toward 2 per cent in 2018.

While the pace of growth will slow, the Bank of Canada will need to decide whether and by how much to raise interest rates. In the absence of anything else, the bank should be raising rates.

With low unemployment, wage pressures will rise this year with minimum-wage increases in several provinces adding to the wage and price pressures. Many industries are also running into capacity constraints.

But the bank needs to assess the vulnerability of household finances to higher interest rates, and the potential fallout from new mortgage rule requirements that will dampen real estate activity – as well as the risk that negotiations on the North American free-trade agreement will founder.

On the trade front, Canada needs to keep NAFTA negotiations on track. Although World Trade Organization tariffs would not be very high, the collapse of the agreement has outsized risks. The ability of Canada to attract foreign investment would be impaired because foreign firms use Canada as a launching pad for exports into the bigger U.S. market. The end of NAFTA would also run the risk of the United States applying anti-dumping duties and non-tariff barriers.

More attention needs to be paid to Canada's overall competitiveness, as this will be the source of future growth.

This should be of concern to federal and provincial policy makers because it is not Canada's strength, as shown by our declining non-energy export market share. Moreover, the United States and many other advanced economies are aggressively lowering corporate taxes. And close to half of Canadian businesses are citing government policy as a barrier to investment.

So, 2017 turned out to be a pretty good economic year. The momentum heading into 2018 is healthy and global economic growth should exceed 3 per cent. But the pace of growth in Canada will cool and policy makers will have many tough decisions to make – on interest rates, trade strategy and competitiveness. 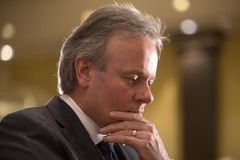 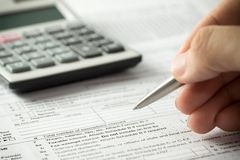