Claude Montmarquette is president and chief executive officer of the Centre for Interuniversity Research and Analysis of Organizations (CIRANO). Andrei Sulzenko is executive fellow at the School of Public Policy, University of Calgary.

Canada's history is full of examples of large-scale transportation infrastructure projects that have motivated growth and helped define a shared vision for the country. The Canadian Pacific Railway, the Trans-Canada Highway and the St. Lawrence Seaway are prime examples.

But the Canada of 2016 does not have such grand plans for infrastructure that may be vital to supporting economic and social development in this country. Aside from some private-sector proposals (mainly pipelines), there are precious few examples of transportation infrastructure developments outside our major urban centres.

The best way to address this lack of vision may well be through a bold approach being examined by researchers at the School of Public Policy at the University of Calgary and CIRANO, a Quebec-based economic research organization. We have just released a study on the potential for a major transportation right-of-way through Canada's North and near North, connecting resource-rich areas with tidewater access on all three coasts. This northern corridor would be a 21st-century version of the grand transportation infrastructure projects of the 19th and 20th centuries that promoted Canada's economic, social and political development.

The northern corridor right-of-way would be approximately 7,000 kilometres long, defined by governments in concert with indigenous groups and other stakeholders. The agreed right-of-way and associated conditions would facilitate subsequent long-term private and public investment in transportation infrastructure within the corridor, including roads and rail lines, pipelines, communications and transmission lines and port facilities.

Notionally, the route would follow the boreal forest in the northern part of Western Canada, with a spur along the Mackenzie Valley, and then southeast from the Churchill area and Ontario's "Ring of Fire" to northern Quebec and Labrador. As such, it would be a truly pan-Canadian project that would complement existing southern transportation systems and potentially relieve congestion problems in urban areas caused by competition between freight traffic and public transportation.

This initiative is timely for many reasons beyond its catalytic potential as an alternative to the inertia of the status quo. A northern corridor would significantly improve access for Canadian minerals, oil and gas, agriculture and forest products to diverse international markets. It would enhance regional development, particularly in the North, and increase interregional trade opportunities. It would support northern and indigenous development goals while mitigating environmental risks through monitoring and surveillance within a contained footprint. At the same time, it would reduce transportation and household emissions' intensity and lower the currently very high cost of living in the North by facilitating less costly transportation. Further, it would reinforce Canada's long-term strategic objectives in the Arctic.

We believe that through goodwill and close collaboration, a sustainable, environmentally sensitive series of beneficial outcomes are possible. The likelihood of such outcomes would be enhanced by rigorous advance research and planning. That is why we are now seeking support to undertake studies in eight areas critical to success, including: an evaluation of potential social and economic impacts; options for effective environmental stewardship; a review of public policy and governance requirements; the potential for public, private and indigenous financial participation; and geographic and engineering routing determinants.

In summary, the northern corridor concept is a practical and focused response to the need for governments to provide the necessary leadership for setting the terms and conditions for the development of major pan-Canadian transportation infrastructure, as critical to our current and future challenges as it was to those in centuries past.

We believe that this comprehensive approach is a powerful antidote to the regulatory infighting of incremental "one-off" projects in the absence of an articulated strategy. Indeed, we call on the new federal government to follow through on its election campaign slogan of "better is always possible" by endorsing and participating in our study program. 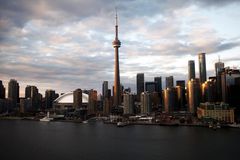 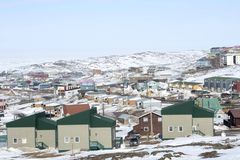 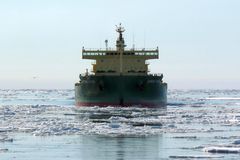