There has been much confusion amid the discussion about budget deficits in the federal election campaign. These numbers mean almost nothing unless they are expressed relative to our national income. Once these numbers are better understood, it becomes clear that small budget deficits for the next few years, used to finance productive investments, would be good for the Canadian economy.

Let's start with some basic facts about the federal government's fiscal position over recent history. In 1985, the federal budget deficit was $40-billion, but that deficit was a whopping 8.1 per cent of gross domestic product (GDP), the largest in our postwar history. The accumulated net debt was then a modest 42.9 per cent of GDP, but rising quickly.

For the next decade, the government struggled unsuccessfully to reduce the deficit. By 1996, it was still $40-billion, but 10 years of growth meant that it had fallen to 4.7 per cent of GDP. More worryingly, the intervening decade of large deficits increased the debt ratio so that, by 1996, it was 70 per cent of GDP, its highest point in postwar Canada.

These basic fiscal facts, and the policy stories behind them, point to three important observations that Canadian voters should keep in mind.

The first is that large budget deficits, when sustained over many years, lead to genuine problems associated with high government indebtedness. High debt requires a large fraction of tax revenues to pay the interest, thus crowding out public programs. High debt can also impose serious burdens on future generations, especially if it is incurred to finance current programs rather than long-lived investments. Brian Mulroney and Michael Wilson were absolutely right to worry about large budget deficits in the 1980s, but they were unable to really rein them in. After Canada hit the "debt wall" in 1995, Jean Chrétien and Paul Martin were equally right to take drastic fiscal actions to eliminate the annual deficits and cut the debt-to-GDP ratio in half.

The second observation is that, largely because of the tough fiscal decisions made between 1995 and 2003, Canada's federal government is now in an enviable fiscal position. The federal debt-to-GDP ratio is just above 30 per cent and our annual budget is essentially balanced. Our federal debt ratio is now the lowest since the early 1980s and the lowest among the G7 countries, in some cases by a very wide margin. Canada has undeniably become the developed world's poster child for fiscal probity.

Finally, we need to note two central advantages of having this enviable fiscal position. The first is that low debt provides the government with the fiscal room to make investments that can pay off over many years. Roads and bridges, public transit, schools and universities, athletic facilities, water-treatment systems, hospitals, ports, public parks (and many other things) all contribute to a more efficient economy and to a better life for Canadians. Borrowing modestly today to make productive investments that last several decades is good economic policy. And if you don't think we need more of these things, just ask the country's mayors about the sorry state of infrastructure in our growing cities.

A low debt-to-GDP ratio also allows government the flexibility to use its fiscal policy to help stimulate a slow-growing economy. Our economy has been recovering sluggishly for a few years, and most forecasts suggest little change. With monetary policy at its limit, a modest increase in government spending would provide a valuable fillip to our growth. Nobody should think such an effect would be huge, but even an increase of $9-billion annually, just 0.5 per cent of GDP, would increase the economy's short-run growth rate enough to take the edge off the worst effects of our sluggish recovery.

The next federal government does need to avoid large and sustained budget deficits that lead to a high debt-to-GDP ratio. But it also needs to recognize how its fiscal policy can help the economy, both in the short run and over the longer term. Small budget deficits now, used to finance productive and long-lasting infrastructure, can provide exactly the benefits that Canadians now need. 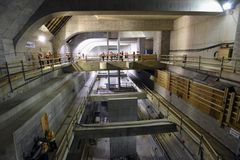 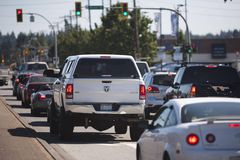 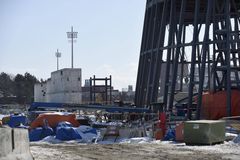