Will Dunning consults on the economics of housing markets and is the chief economist for Mortgage Professionals Canada.

It is widely accepted that in Canada the affordability of home ownership has deteriorated sharply in recent times. That is just partly true.

There are two ways that we should look at affordability: first, how much of a down payment is required, and second, how much does it cost to live in an owner-occupied home?

In the first sense, affordability has worsened. During the past 15 years, housing prices in Canada have increased twice as much as incomes. In general, therefore, it takes about twice as long to save a down payment as it did 15 years ago.

In the second sense, however, houses are still affordable across the country. Many readers will disagree with this statement. After all, they have been told repeatedly that mortgage costs are outpacing incomes.

But, there are two problems with the standard analysis of affordability.

The first problem is the analysts are using the wrong interest rate. They rely on the "posted rates" that are published by the Bank of Canada. These posted mortgage interest rates are set by lenders for administrative purposes. Virtually no mortgages are actually contracted at the posted rates.

The rates that are available in the market are much lower. Variable-rate mortgages are available at less than 2.5 per cent. For fixed-rate mortgages, with five-year terms, lenders are advertising rates well below 3 per cent. Interest rates are even lower for terms shorter than five years.

The posted rate that is used in the standard analysis is currently 4.64 per cent. The result is obvious: The costs of home ownership are being vastly overestimated and, therefore, actual affordability is much better than is being suggested.

But, if we use the actual interest rates that can be found in the market, the level of affordability was close to average during 2009 to 2015 and only got out of line this year. For 2016, the cost burden is 10 per cent above average.

The second issue with the standard analysis of affordability is more conceptual, and it is equally important.

Mortgage payments include a blend of interest and repayment of principal. At current interest rates, and assuming that the amortization period is the standard 25 years, one-half of the payment is interest and one half is principal. That is the first payment. Each month the division shifts gradually to more principal and less interest.

At the higher interest rates seen in the past, the split between interest and principal was different. In 2001, when the typical interest rate was 6.25 per cent, the first payment was 79-per-cent interest and 21 per cent was repayment of principal.

If we look at the cost of finance as the interest cost, it is very low. For 2016, the cost burden (relative to average incomes) is 32 per cent lower than the long-term average.

Looking at it this way, home ownership in Canada is now extremely affordable (although it does come with the inconvenience factor that large amounts of money must be devoted to forced saving.

This concept helps to explain why, despite all of the negative messaging about affordability, resale activity will set a new record this year. This is not because people are being impulsive. This is Canadians calculating what is in their best interest and making careful decisions.

Another way to look at affordability is to compare the costs of owning versus renting. On the ownership side, the costs to consider are finance (the interest part of the mortgage payment), property taxes, utilities, condo fees, insurance and repairs. On the rental side, the costs are the rent and tenant's insurance (plus utilities and parking if the tenant pays for them).

Under current conditions, if we do like-for-like comparisons, it costs less to own than to rent, for almost all housing options in almost all locations in Canada. Again, it's easy to understand why so many Canadians are choosing ownership, even though there are many voices telling them they should rent.

The federal government (through the president of Canada Mortgage and Housing Corp., its housing agency) is musing about increasing the percentage required for down payments to "improve housing affordability." So, let's say that the minimum down payment is increased to 10 per cent from the current 5 per cent. What would be the impact? We have to consider the two aspects of affordability.

There would be a small improvement for the second aspect (affordability of the monthly costs), but that aspect is very favourable already and it doesn't need any help. For the first aspect (down-payment affordability) conditions are already quite challenging and that situation would become even worse.

Considering both of these aspects, raising required down payments would worsen affordability, slowing the housing market and weakening the broader economy.

How six Canadian households are coping with the high cost of home ownership
December 9, 2016 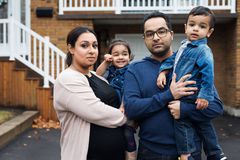 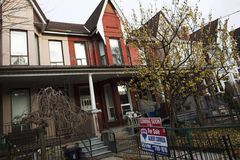