Jonathan Sterne is a professor of communication studies at McGill University. He is the author, most recently, of MP3: The Meaning of a Format.

The answer can be summed up in two words: planned obsolescence. There is a big difference between innovation that actually represents a major technical advance, and innovation to keep people buying the same things in new packages.

There was a reason for all the white headphone cables on black silhouettes in Apple ads over the last decade. Like their ancestors, ear buds represented the values many middle-class people have held dear for almost 200 years now: independence, freedom, privacy, disposable income, being fashionable, even virtuosity.

Since the middle of the 19th century, ear gear has grown up with the modern middle class. Stethoscopes and headsets were tools of the trade for doctors and operators. Ear tubes let coin-in-the-slot phonograph companies sell sound as a commodity. And headphones and later ear buds were signs of independence and privacy for everyone from suburban teenagers to urban commuters.

Sure, pundits have complained about headphones and ear buds taking users out of public life, but most of those complaints have been misguided: before people listened to music on the train or bus, they didn't talk to one another -  they read a book.

Still, standards for headphone jacks are a great example of an old and successful technological standard. They have lasted this long because of a snowball effect: because the headphone jack standard was so common, more things were made that worked with the standard headphone plug-and-jack system.

The plug-and-jack system also represents good design: easy to use, easy to understand, modular, and if built right, users can even repair the parts themselves.

So Apple replaced one of the 20th century's triumphs of industrial design with two other standards – lightning and Bluetooth – that we know are going to last for many fewer years than the headphone jack did.

Wireless standards have changed every few years, and Apple has an established history of changing connection standards.

This is planned obsolescence, and it is a business model. Every few years, you update your product line to look new and different, and by extension, to make the previous products look a little older. You also change a few standards so people need to buy new parts; soon you stop supporting the old standard, meaning people can no longer repair or maintain your old products.

Apple has admitted that their ideal lifespan for an iPhone is about three years: The company that designed your new gadget already imagines it as future trash.

Apple wants you to think of your iPhone as out of date. And they release a new phone every year and stop supporting old ones not because they need to, or because progress demands it, or because they have invented something new – but because planned obsolescence is their business model.

The missing headphone jack is a reminder that there is a cost to our communication technologies being subject to fashion. It means throwing out stuff that ought to – in Apple's words – "just work" a lot longer than it does.

There is a planetary cost as well. Both the production and disposal of iPhones is environmentally destructive. I love my shiny gadgets as much as the next person, but Apple's missing earphone jack is a painful reminder of the personal, economic, environmental and moral costs of never-ending updates. 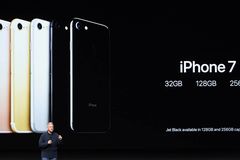 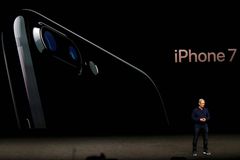