There they were, lined up alongside Ms. Notley in Edmonton last Sunday, as the climate plan was rolled out. The bosses of Suncor Energy, Shell Canada, Cenovus Energy and Canadian Natural Resources – among the biggest emitters of planet-warming carbon dioxide not just in Canada, but in North America – were all smiling. The message: We have a deal we can live with. Uh-oh.

To be sure, the plan is a remarkable achievement, exemplary even, for the biggest emitter of greenhouse gases in Canada – in 2013, Alberta was responsible for 37 per cent of national emissions, thanks to the oil sands.

And it is a huge improvement over the previous plan, which could be charitably described as a joke.

But for all its progress, the new plan largely represents business as usual for the oil sands and will actually allow oil province-wide emissions to rise slightly between now and 2030. Never mind that the whole goal of the Paris climate change conference, which officially starts on Monday with the arrival of more than 100 national leaders, among them newbie Canadian Prime Minister Justin Trudeau, is to bring emissions down significantly in the next 10 to 15 years.

Mr. Trudeau and the Canadian negotiating team face a big credibility problem in Paris. If Alberta's emissions are not brought down, Canada's stated intention to drop greenhouse-gas emissions by 30 per cent below 2005 levels by 2030 look doomed.

The Alberta plan is bold by Canadian and international standards. The carbon tax – the tax on emissions – will double to $30 a tonne by 2018, making it one of the highest in the world. It is capping emissions from the oil sands (known, more accurately, in Europe as the tar sands) at 100 million tonnes a year, becoming the world's first oil-producing region to limit oil-industry emissions. The coal-fired generation plants that provide about 55 per cent of Alberta's electricity are to be phased out by 2030. The plan calls for natural gas plants and renewable energy to replace the lost output from the coal plants.

So far so good, but take a look at the fine print. At the moment, the Alberta oil sands industry pumps out about 70 million tonnes of emissions a year. The 100-million-tonne cap means emissions can be raised by more than 40 per cent – an increase allowed, and in effect paid for, by the demise of the coal-fired generating plants. Now you know why the oilmen aren't slashing their wrists. The Alberta plan would see province-wide emissions "stabilize" in 2030 at 270 million tonnes a year. That's an increase of three million tonnes over the 2013 level.

Bizarrely, some media reports concluded that the Alberta plan constituted "cutting" emissions when the opposite is true, at least between now and 2030.

Mr. Trudeau might take note as he scrambles to restore Canada's ugly reputation at the Paris conference, and it sure needs restoring.

Canada signed the 1997 Kyoto Protocol, with a pledge to cut emissions by 6 per cent over 1990 levels. Instead, emissions soared, in good part because the oil sands were given a licence to turn northern Alberta into one gigantic ditch. With its emissions-cutting agenda in tatters, Canada became the punching bag of the 2009 Copenhagen climate conference, where environmental groups awarded it the "Fossil of the Year" award. The Conservative government of Stephen Harper, infamous for its blocking tactics at climate conferences, yanked Canada out of Kyoto in 2011.

Mr. Trudeau will try to strengthen Canada's climate agenda in Paris, but the numbers are not going in his favour because Canada's top emitter – Alberta – is not actually cutting. Meanwhile, British Columbia's cutting plan, while ambitious on paper, looks almost impossible to achieve. It calls for a 33-per-cent emissions reduction below 2007's level by 2020. At the same time, B.C. intends to build a couple of liquefied natural gas (LNG) plants and a whole industry to feed them. To make room for the energy-intensive LNG industry, and meet the target, households and businesses would have to cut their electricity consumption to the point where they would be living in a new dark age.

Aldyen Donnelly of WDA Consulting, a Vancouver energy consultancy, calculated that, assuming the Alberta plan passes muster with the other provinces, and that the other provinces adopt similar targets to Ontario and Quebec (a 37-per-cent reduction), Canada will overshoot its 30-per-cent emissions-reductions target by 80 million tonnes a year. Writing in Maclean's, Paul Boothe, a former federal deputy environment minister who is professor at Western's Ivey Business School, was even more pessimistic. He calculated that Canada would miss its target by 100 million tonnes.

Here's the kicker: If Canada cannot keep its emissions reduction commitments, it will have to buy international carbon credits. That could cost billions of dollars a year, all of it shipped out of the country to enrich those investors with surplus credits.

You won't hear Mr. Trudeau or his negotiating team talking in Paris about these probable overshoot numbers, though smart negotiators from other countries might call his bluff. They would need to ask but one question to the grinning, post-Harper Canadians: How can you allow oil sands emissions to soar by more than 40 per cent and still meet your national reduction targets? 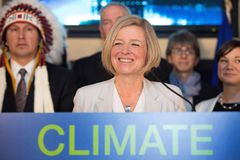 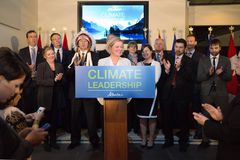 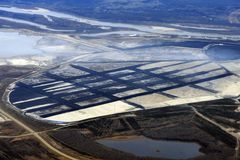