On Tuesday, Siemens AG and Alstom SA signed off on a merger of their rail-equipment activities to create a new European champion. The deal has appeal for the German and French companies' shareholders but governance, antitrust and cost-cutting could yet disrupt the journey.

While a combined entity will control only about 14 per cent of the €110-billion ($160-billion) rail-equipment market, the footprint will be bigger in parts of Europe.

So will Europe's antitrust authorities block it? That depends. After the 2015 merger of two Chinese rolling-stock companies, the new entity CRRC Corp. dwarfs its international peers.

CRRC has won rail contracts as far afield as Chicago and Kenya, and China's Belt and Road initiative will bring yet more international business its way.

The fear is that the Chinese company's size plus access to cheap finance will let it crush rivals unless they bulk up, too. In absolute terms, CRRC spends seven times more on R&D than Alstom, Morgan Stanley notes.

But it isn't unbeatable, at least not yet. International customers accounted for only 8 per cent of CRRC sales last year, when its railway-equipment sales declined. The Alstom and Siemens train businesses have performed quite well in the meantime, as rapid urbanization spurs demand for less-polluting mass transit.

So why risk a big cross-border merger? Unsurprisingly, Siemens isn't wedded to its comparatively low margin rolling-stock business: The unit does lots of manufacturing in high-cost Germany, while rail companies regularly suffer delays and cost overruns on long projects. Chief executive Joe Kaeser has form in unlocking value via spinoffs and separate listings, so folding the business into Alstom is worth a shot.

The French company has a big and globally diverse order book, very little debt and is poised for a €2.5-billion cash injection related to the sale of its energy activities to General Electric Co.

A merger is appealing to Alstom, too. First, there's the risk that Siemens could do a deal with Bombardier Inc. instead. Plus Siemens's rail business is more profitable than Alstom's because it sells more high-tech signalling and rail automation products. Siemens would contribute about 60 per cent of a combined group's operating profit.

Alstom investors spy higher margins: The company has added almost €700-million of market value since Bloomberg reported the Siemens talks last week. A combined entity should spend proportionally less on R&D and will have a stronger hand in price negotiations with customers and suppliers – although regulators might not like that.

Yet, cutting production costs won't be easy. Last year, Alstom had to row back on job cuts at a French plant amid government and trade union pressure. Besides, rail companies are building factories overseas to win international contracts, while customers tend to want bespoke trains to fit their country's needs. This makes economies of scale difficult. Joining forces might also cause some customers to take their business elsewhere (so-called revenue dis-synergies).

Governance is a worry, too. While Siemens would probably own slightly more than half of the combined entity, according to Bloomberg News, Alstom's CEO, Henri Poupart-Lafarge, will be in charge and the headquarters will be in France. The two companies haven't always got on.

Still, a merger gives Emmanuel Macron and Angela Merkel a prized example of European business co-operation. So, if regulators can be persuaded, this Railbus will no doubt roll on regardless. 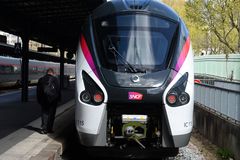 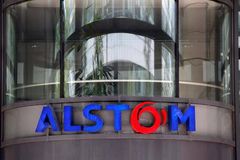 Siemens 'not in a hurry' to strike rail deal with Bombardier, CEO says
August 3, 2017
Report an error