Merge Gupta-Sunderji is a speaker and author with more than 17 years of experience as a leader in corporate Canada.

It was a rough week for Jeff Bezos, the beleaguered founder/CEO of Amazon. Offices around the world were abuzz about a lengthy New York Times story on Amazon's "bruising" work culture, where only the fittest survive and the rest are discarded as collateral damage.

Interviews with more than 100 current and former Amazon employees painted a picture of a company characterized by demanding hours and a gruelling pace, with no room for mistakes or missteps. Employees are battered with unrelenting deadlines, constant criticism, heartless disregard for personal health and life circumstances, and zero boundaries between work and life – a system that is inherently designed to "burn and churn." New recruits who can handle the relentless pressure are tagged as future stars; the rest burn out and leave within a few years, which helps explain Amazon's high attrition rates.

The story clearly struck a chord; social media flooded with comments and discussion. The Times said the piece was "officially the most commented-on story in NYT history." In response to this deluge, Mr. Bezos issued an open letter to Amazon's 180,000 employees, and Jay Carney, the company's chief spokesperson, appeared on CBS This Morning.

The company categorically denied the issues and allegations. In his letter, Mr. Bezos said Amazon would not tolerate the kind of "shockingly callous management practices" described in the article. He urged any employees who knew of "stories like those reported" to contact him directly. "I don't recognize this Amazon and I very much hope you don't, either."

So what's the real skinny here? On one hand, compelling anecdotal evidence suggests that Amazon is running the First World equivalent of a Third World sweatshop. On the other hand, senior leaders vehemently deny that such a culture exists. Are the leaders oblivious or lying? Or is the anecdotal evidence merely sour grapes from people who just couldn't cut it?

The answer, in my opinion, is that Mr. Bezos fell into a trap that has ambushed many chief executives. As his company grew, his message to his leaders, perhaps inadvertently, was to focus on the "what" to the exclusion of the "how."

Let me explain. Consider Amazon's 14 "leadership principles," tenets of action and behaviour expected of every single employee and written by Mr. Bezos himself. They certainly sound inspirational and effective – who could fail to agree with "Customer Obsession," "Invent and Simplify" or "Learn and Be Curious"? These are attitudes that any CEO would want to see in his people.

Then there is the last of the 14 principles: "Deliver Results." How could anyone disagree with that? But "Deliver Results" is exactly the root of the problem here. Focusing on results, the "what," cannot be successful unless you also sufficiently consider the "how."

There is little doubt that Mr. Bezos's intentions were worthy when he articulated these principles. He wanted to codify the culture he wished to create – one that fought bureaucracy, wasteful spending and inflexibility, and most of all, did not settle for mediocrity.

But somewhere along the way, as the company grew in size, managers in the organization became so focused on results that they lost sight of how they were obtained and the people who made these results happen, those who are the proverbial wind beneath the wings. And when a disproportionate emphasis on results is combined with a vigorous smattering of "Disagree and Commit" (another principle), a toxic work environment is created. Empathy is discouraged while hostility and sabotage become accepted.

Frankly, I believe that Mr. Bezos and his senior team were genuinely shocked to hear the scandalous stories in The Times. Far removed from most of their 180,000 employees, these leaders are simply unaware of how, and in what proportion, the leadership principles are being applied throughout the organization.

Another Amazon principle is "Earn Trust." Trust comes from competence, but it also comes from caring. And caring requires leadership from the head as well as the heart. There is just no way that leaders who are truly seeking to earn trust could create the toxic environment that is described at Amazon. Mr. Bezos's biggest blunder wasn't codifying his 14 principles; it was neglecting to sufficiently emphasize the importance of balance among them.

Amazon is certainly profitable, despite the toxic culture described. It appears to be positioned for continued success. If it does take a "burn and churn" approach to people development, it has worked out so far. The million-dollar question is whether it is sustainable. Some might say yes, but I unequivocally say no. If it does work, it will be only because Amazon's sheer size and worldwide recognition provides an endless supply of eager recruits, even as the weak and sick fall by the wayside. But if you're not of Amazon's size or brand recognition, then in your company, "how" is just as important as "what."

Listen up, senior leaders everywhere: Codifying your workplace culture so that your employees live and breathe it is an important role, but it's just as vital to emphasize the balance between outcomes and processes, between end and means, between what and how. Trying to achieve the former without heeding the latter is absolutely a recipe for long-term failure. 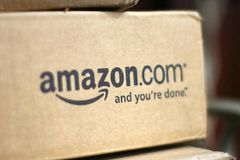 How to be a source of ethical influence in your company
August 27, 2015 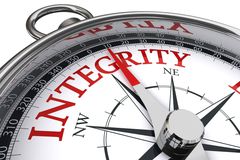