David Gray is a professor of economics at the University of Ottawa. Colin Busby is a senior policy analyst at the C.D. Howe Institute.

The brunt of Canada's economic woes is falling on a few resource-based provinces. This avalanche of lost employment – Alberta lost 10,000 jobs in January – calls for a close look at our employment-insurance system, which maintains regional inequities by treating some workers much more generously than others.

As the first layer of Canada's social safety net, EI gives recently laid-off workers some income stability and acts as an economic stabilizer. Do enough of these workers obtain access to benefits? For the most part, yes, but coverage could still improve.

EI eligibility is broadly misunderstood, which generates a fragmented, unruly policy discussion on how to improve the program. Confusion reigns partly because there are several indicators of eligibility – each of which tells a different story. We consider two of them.

The first and most widely used indicator refers to the ratio of people currently receiving EI benefits relative to all unemployed. This supposedly tells a story of drastic program cutbacks, which is very misleading. The ratio of the number of EI beneficiaries to unemployed fell dramatically in the 1990s. About 84 per cent of all unemployed persons collected EI benefits in 1990 compared with 44 per cent in 1997, and it has remained around this level ever since.

The decline only partly reflects program changes to eligibility in the 1990s. Most notably, people who quit their jobs could no longer qualify, and the minimum entrance requirements were raised in some regions. Both of these changes contributed to the decline in the number of unemployed Canadians who qualified for benefits – in fact, these changes explained almost half of the drop in the ratio.

Equally important in explaining the drop, however, is the changing nature of the labour market over that period. The number of people who didn't pay into the plan (self-employed workers and those without work in the 12-month period prior to the job loss) ballooned. Non-contributors made up about 25 per cent of all unemployed Canadians in 1989 and rose to 40 per cent in 1997 – around the current value. These individuals would not have qualified for benefits before or after reforms.

A second, and improved, EI eligibility indicator, available since 1997, tracks the proportion of workers who paid into the program who would have obtained enough insurable hours to qualify for benefits if they were laid off. Nationwide, on average, 80 per cent to 85 per cent of all targeted workers are eligible for benefits.

Claims that cutbacks to EI are eroding the safety net for workers who pay into the program are mostly untrue. The program is working reasonably well for those it aims to cover. Nonetheless, improvements can and should be made for certain pockets of workers.

New entrants and re-entrants (NEREs) into the labour market face higher entry requirements than do other workers. They are required to have worked 910 hours in the past 52 weeks, compared with between 420 hours and 700 hours for all other workers. This more stringent requirement mainly affects young people and recently arrived immigrants. Eliminating this criterion was contained in the new federal government's election platform.

Furthermore, EI eligibility continues to vary according to regional unemployment rates at the time of layoff. This means that most Albertans need 700 hours of work to qualify – in sharp contrast to the 420 hours of work required for most Atlantic Canadians. Our research shows that about 75 per cent of workers in regions requiring 700 hours of work qualify for benefits compared with about 89 per cent in 420-hours regions. Reducing the eligibility criteria by about 100 hours across regions should increase the overall eligibility rate by about five percentage points.

True, every regional labour market is different across Canada. This makes designing national criteria to fit every region's needs nearly impossible. The current program fails to meet the needs of all regions because it's designed for seasonal workers. This inequitable and inefficient aspect of the regime has not been meaningfully reformed in more than four decades.

The existence of a large proportion of unemployed Canadians without benefits doesn't mean that EI is broken. Instead, it implies that a sizable share of today's labour force cannot be served by an insurance-like program. Further research into the exact needs of these individuals and the labour-market challenges they face is warranted.

Dropping the NERE requirements is an easy short-term reform. In the medium term, however, a broader discussion about how EI fits into the overall social safety net is required. This would involve considering how to move away from a regionally based model, as well as discussing alternatives, such as guaranteed annual-income plans or ramped-up job retraining programs.

For decades, we've known an EI rethink is needed. It's a shame that it takes massive job losses to bring this to light.

How much help should Ottawa really give to Alberta?
February 5, 2016 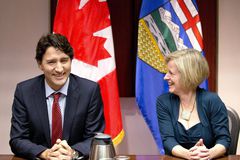 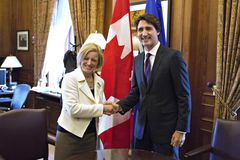