Emmanuelle Ganne was a World Trade Organization executive and adviser to former WTO director-general Pascal Lamy and serves as vice-president of Europe with Allam Advisory Group.

Omar Allam is a former Canadian diplomat and chief executive officer/founder of Allam Advisory Group. He manages a global team of former C-level executives and high-ranking diplomats that specialize in helping businesses expand in foreign markets and Canada.

About a year and half from now, the Comprehensive Economic and Trade Agreement negotiated between Canada and the European Union will enter into force. This agreement, which is by far Canada's most ambitious trade initiative, outstripping even the North America free-trade agreement in scope and depth, will open unprecedented opportunities for Canadian companies to do business in and with Europe.

Yet, are Canadian companies ready to seize these opportunities? Do they even fully understand what it means for their business and how to act? If they want to be ready on Day One, Canadian companies have to think about their European strategy now, seriously and quickly.

As trade numbers indicate, Canadian business is a long way from the level of engagement, investment and commitment needed to secure a long-term share of the region's growth.

True, Europe has its own issues, as the Greek vicissitudes have reminded us, but the continent has a strong foundation on which to build. Neglecting it would be a mistake.

The American Chamber of Commerce to the EU made a powerful case for U.S. businesses to invest in Europe in a recent report. As they rightly note in it, the largest economy in the world is not China, nor the United States – it's the European Union. With 500 million people and an annual GDP of more than €13.9-trillion ($20-trillion), the EU represents a lucrative market of wealthy consumers. Europe is also home to 15 of the top 25 most business-friendly economies – 12 of which are EU member states – according to World Bank's Ease of Doing Business index.

The EU's economic transformation over the past few decades presents a compelling opportunity for Canadian businesses. It has strong pockets of excellence in industries such as automotive, aerospace and defence, chemicals and pharmaceuticals, energy, food processing, information and communications, and nanotechnology. For Canadian companies, doing business in these sectors means being able to leverage Europe's competitive advantages to their benefit.

This presupposes, however, being aware of the unique risks and challenges the region presents, having a strategic entry plan and investing time and money. One of the single biggest challenges we see when working with businesses is the wish to make a quick sale or be cheap when it comes to proactive business development. This simply does not work.

Take Poland, for example, a still largely untapped market in the EU, yet one of the fastest-growing economies and the only one to have avoided contraction in 2009. Prime Minister Stephen Harper recently made a strategic visit to Warsaw on the margins of the G7, where he released Canada's Market Action Plan for Poland. The plan is very well written, but what now? Where are the real business opportunities for Canadian companies? What does CETA really mean for Canada-Poland bilateral trade?

As Canadian companies wait on the sidelines for a magic playbook to be handed to them, others have been prompt to grab the opportunities that Europe has to offer. Companies that are now successful in the EU arrived there 10 to 15 years ago, and they made their business plans and investments work.

Global supply chains are changing rapidly and technology-driven globalization is tearing down the protections historically offered by geography and barriers. Canadian companies are not only dealing with traditional competitors from developed markets – they will also face increasing competition from world-class businesses from emerging markets, including those in Asia. This growth brings both opportunities and threats for Canadian businesses.

If Canadian businesses want a place in future global supply chains and to participate in the growth of intra-EU trade, Canada will have to dramatically lift its engagement and investment in the region. It starts with educating Canadian companies, helping them develop market entry strategies and navigating business and regulatory issues, finding qualified partners and structuring trade financing solutions.

Yes, success in the EU is possible. The opportunities there are significant – but they are not risk-free. Managing these risks requires companies to adopt a more sophisticated and longer-term approach to strategy development, market entry planning, due diligence, valuation and postdeal integration.

However, the biggest risk in relation to EU markets could be to continue ignoring them. Unfortunately, Canada is way behind. Now is the time to act. Now is the time for the Canadian business community to plan ahead and embrace the challenge. 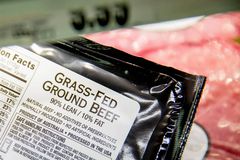