Jerry Dias is the national president at Unifor.

In three weeks, Unifor launches negotiations involving 23,000 members at General Motors, Ford and Fiat Chrysler. Securing the future of the industry is our top priority.

Automotive investment is a long game. Key decisions are made years before new products roll off the line. While these are good times for the auto makers, and output in Canada remains brisk, the long planning cycle means we urgently need investments for the survival of several major operations.

Our success in these negotiations will determine the livelihoods of thousands of workers and the future of our industry, and set an important precedent about the kind of economy we want.

It's been seven long years since the worst of the global financial crisis and recession, and we're into our second year of the most recent commodities bust. Hopefully, we've learned the painful lessons about Canada's need for a balanced economy – one built not only on financial speculation or commodity booms, but including a core focus on advanced manufacturing as an engine of innovation, skills development and wealth creation.

Despite a rough ride, Canada's automotive sector remains vibrant, with five global auto makers and more than 600 auto-parts operations. Auto remains Canada's most valuable export, at $77-billion last year. The industry directly employs 125,000 people and the spinoffs generate a total of more than 300,000 jobs. The industry is crucial at a time when good jobs remain scarce.

Auto is also essential for the health of our public services. A 2015 independent analysis demonstrated that the GM Oshawa operations alone were responsible for more than 30,000 jobs and $1-billion a year in tax revenues. And that's from just one of Canada's nine major auto maker production locations.

Canada remains an incredible place to build vehicles. Our highly skilled work force means that our plants have the best quality record in the world. In the past 25 years, Canadian assembly plants have earned one-third of the top quality awards among all plants selling into the U.S. market. Within the Detroit Three, we regularly earn more than double our share of quality awards. Since we last negotiated, vehicles built by our members earned one-third of the quality awards, although we produce just 15 per cent of the models.

Canada is also an important market. The $30-billion Canadians spent buying 835,000 Detroit Three vehicles last year makes us their fifth-largest global market, and contributed in the range of $2.5-billion in combined operating profits.

Auto workers' wages always get a lot of attention. Work in an auto plant is demanding, with regular night and weekend shifts. Workers start at $20 an hour and progress to $34 after a decade of service. It's decent pay for tough work. However, labour is just a small fraction of the overall price of the vehicle. The lion's share of costs are purchased parts, materials, overhead and selling. In fact, our labour represents just 4 per cent of the price of the vehicles we produce. That's certainly not the deciding factor for investment.

Increasingly, we see governments playing a pivotal role in supporting automotive investment. Whether it's in the U.S. Midwest, the Southern states or Mexico, governments understand that auto is the top prize for economic development. Ontario and the federal government have been saying the right things, but in the weeks ahead they will need to be ready to act.

As we reach our deadline in mid-September, we'll be pushing hard to secure needed investments. Our members put their hearts and souls into their work. They've made sacrifices and done more than their share to contribute to the success of the companies. We remain confident that the auto makers and governments will want to share in the continued success of the industry in Canada. We remain firm in our resolve to make that happen. 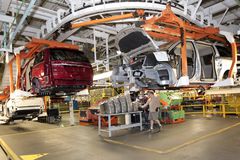 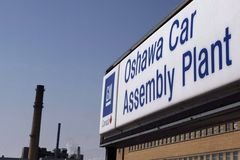