Ian Lee is an associate professor in the Sprott School of Business at Carleton University, and author of the Macdonald-Laurier Institute report "Is the Cheque Still in the Mail?" From 1982 to 1984, he was employed by Canada Post in corporate finance and banking.

One of Canada's oldest institutions – which actually predates Canada itself – suffered a mortal blow on Wednesday with the government announcement of "reform" that will likely ensure Canada Post follows Blockbuster Video and Sears into the corporate graveyard.

The "Post Office" in British North America was established by the British in 1765, following the conquest of Quebec. For the next 150 years, it was used very self-consciously by governors and later politicians in Canada as one of the most important instruments of nation building in establishing the British colonies and later the young nation in the vast inhospitable territory.

Indeed, during these years the Post Office Department was the only communications system in Canada. Effectively, it was the internet, TV, radio, telegraph and social media combined into a single organization from coast to coast.

However, with the establishment of the CBC in 1936, the Post Office was displaced as the principal instrument of nation building and it had to reinvent itself. Following the Second World War, with the explosion of economic growth and the rise of the modern welfare state with its gargantuan appetite for application forms and correspondence, the Post Office became the single most critical component of the payments system, both for businesses (and governments) that would mail invoices and claims to businesses or customers who would then remit their payments in the mail.

This gave rise to one of the most famous catchphrases in the English language: "The cheque is in the mail."

The importance and dependence on the Post Office became manifest during postal strikes in the 1960s and 1970s. When the payment system would stop functioning, cash flows would dry up and businesses would aggressively lobby the government to end the labour dispute.

The third era of the Post Office unfolded in the 1980s with the emergence of the fax machine, which measurably reduced revenues in postal stations in major cities such as Toronto.

However, that was merely the prelude to the crushing technological change brought about by the first internet browser, Mosaic, in the mid-1990s. Suddenly, there was a successor to the post office – a soon-to-be universal and ubiquitous communications system that delivered utility bills, bank statements, invoices, government benefit cheques, payment remittances, newspapers, magazines, tax returns and inter-business communications.

As MIT professor Nicholas Negroponte explained in Being Digital, physical objects such as human beings or trucks or envelopes are composed of atoms subject to physics that limit their speed of movement, while digital information is composed of bytes that travel near the speed of light. This ensures that electronic communication is mostly instantaneous, regardless of distance, while a mailed letter can take two or three days to cross the country.

According to the audited 2016 Canada Post annual report, letter mail volumes declined by 44 per cent between 2006 and 2016 (and has accelerated to a 7.8-per-cent-a-year decline in actual letter volumes), while the number of addresses served (required by the universal service obligation) increased by 1.7 million to 16 million addresses. Letter mail is the core business of Canada Post, accounting for approximately 75 per cent of all business.

This is further validated by the CIRA Internet Factbook, which reveals internet usage increased from zero to 91 per cent between the mid-1990s and 2016. (Canada has one of the highest rates of internet usage in the world.)

Most recent studies (including this author's study) have concluded that Canada Post is unsustainable if it continues as a traditional letter carrier delivering mail five days a week, 52 weeks a year to 16 million addresses, as neither the collapsing letter volumes or increasing costs can support the Blockbuster Video business model.

Canada Post must reinvent itself – again – as a parcel-post delivery partner with e-commerce companies while eliminating home delivery to generate the $400-million annual savings which can then be reinvested in the transformation.

However, this model adopted by Canada Post chief executive Deepak Chopra was effectively repudiated on Wednesday in Ottawa by the decision to end community mailbox conversions, but stop short of restoring door-to-door delivery.

The government has effectively formalized a two-tier postal-delivery policy in Canada, where the vast majority of Canadians have relied on community mailboxes since the 1986 Canada Post decision to end home delivery, while a minority in the affluent, upper-middle-class urban centres, such as the Glebe in Ottawa, continued to receive door-to-door mail delivery.

The solutions proposed on Wednesday by the government include more labour representation on the board of directors, promotion of remittance services, reinvestment of (negligible) profits, enhancement of accessibility and denial of any fundamental restructuring options.

These are Band-Aid solutions for a patient bleeding to death from the hemorrhaging of customers and revenue.

Several years from now, this week's government decision on our Post Office will be seen to be the point of no return that ensured the eventual demise of one of the oldest institutions in Canada. 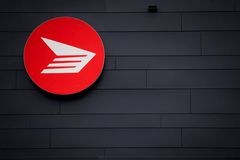 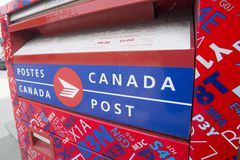 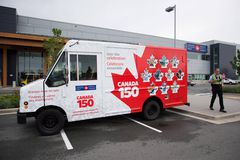