Michael Motala is co-chair of OUTLaws Osgoode Hall and a political economist who comments on the digital economy.

It's the first week in November and newly crisp outside. Toronto's financial district is invaded by the latest cohort of second-year law students vying to live the dream. With their freshly pressed clothes, everyone looks the part.

Bay Street lawyers don't hire students the way other professionals do. The law recruit is an idiosyncratic game of cloak and dagger, and a "make or break" moment for those aspiring to a career in big law. While starting salaries have not changed in nearly a decade, first-year associates still take home $100,000 a year. Not as much as New York firms, to be sure, but participants are desperate. Student debt levels across Ontario have skyrocketed, and so candidates play along or get cut. If they're unlucky, the personal cost is immense.

By this point, the flock is already thinning. A few weeks before students interview at firms, they take part in campus "speed dating" sessions. Candidates have 17 minutes to make their case for the job. But the questions aren't substantive, like you might expect. Interviewers strive for casual conversation because the firms are looking for "fit," not merit. When time is up, the buzzer goes off and candidates are herded like cattle to their next stalls. Rinse and repeat.

Students endure up to 10 of these interviews a day, back to back, with little respite. Custom dictates that students must send disingenuous "thank you" notes late into the evening to signal their interest in a firm. It can take hours to get it right. Then there's call day, when candidates schedule in-firm interviews – usually orchestrated in under five minutes after the clock strikes 8 a.m. Only a fraction of students are granted a second shot. Big law leads the rest on so it can tick the diversity box for marketing.

The real fun is saved for November's in-firm week. For three days, candidates may be booked for 12 hours straight at as many as eight firms. Five is the maximum recommended. The candidates meet tens of lawyers in successive interviews, schmooze at cocktail receptions, get wined and dined. Candidates are under constant scrutiny. Nobody wants to look desperate, but to get the job, candidates must signal that the firm is their "first choice" – even when it's not the case.

My law school, Osgoode Hall, is Ontario's oldest, and among the biggest and most diverse. This year, I organized an exit survey to derive empirical insights into the recruitment process. Two-thirds of participants responded, and the results are telling. Thirty-five per cent of candidates cried during in-firm week. Fifty-four per cent of respondents who reported mental-health conditions said law school has aggravated their incidence. Twenty per cent were educated at private school, and another 20 per cent will graduate with more than $100,000 in debt.

Socioeconomic privilege is still pervasive in law admissions, likely because it is invisible on paper upon application. As for identity-based diversity, Osgoode ensures that cohorts are multicultural and socially representative. At 60 per cent, the majority of recruitment candidates identified as white. Drilling down into the distribution of this year's offers, it is apparent that LGBT candidates struggled to make the cut. Of the students reporting at least one offer in the exit survey, 0 per cent went to gay or lesbian candidates.

Unlike medicine, the law treats symptoms and not causes. Leading firms have created diversity councils. McCarthy Tetrault LLP and similar business law firms host a party during Pride Week. Gowlings WLG is organizing a forum on diversity and inclusion that solicits participant perspectives. Many firms sponsor Out On Bay Street, a not-for-profit organization that helps LGBT students with professional resources and skills. However, only one big law head recruiter attended the annual conference last September. The rest were counsels and associates, signalling a lack of serious interest in the senior ranks. The equality initiatives are formal and not substantive.

The problem is the search for "fit" with firm culture. It allows interviewers to apply implicit biases when selecting candidates. Norms and culture haven't truly shifted. Moreover, the recruitment rules foster a toxic process that promotes dishonesty. This imposes stress on all students, but the balance of power is tipped against the most vulnerable. The Law Society's rules need to change to promote a free market for student participants. Firms are beneficiaries of this dated model – not competitors in it. A longer summer interview period would give candidates the ability to make an informed choice.

Not all LGBT candidates strike out. Douglas Judson, a recent graduate of Osgoode, is a shining example. An articling student at a business law firm, and a director of Out On Bay Street, Mr. Judson exhorts LGBT applicants to be open about their sexuality during recruitment.

"Often at Out On Bay Street events, student applicants to law firms express concerns about hurting their prospects by 'outing' themselves in their application or in the interview process. The reality is that many legal employers are actively working to attract and retain LGBTQ hires," he says. "These organizations see diversity and inclusion as a strategic priority."

Corporate lawyers are the handmaidens of capitalism, and there is a public interest in a more diverse firm culture. To bridge the rhetoric of LGBT inclusion with the reality on the ground, firms must be agents of change. Further research is needed to shape new rules that are sensitive to equity-seeking groups.

To succeed in big law, LGBT candidates need to stand on the shoulders of giants. Without change, future generations might confuse Bay Street's "Seven Sisters" with the Seven Dwarfs. Why? Because it's 2016. 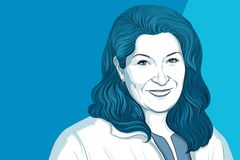 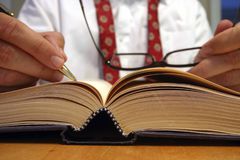 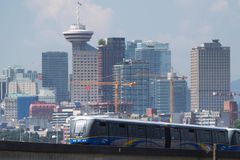