It would be a bit gauche for the Caisse de dépôt et placement du Québec to dish out I-told-you-sos to investors who bought into Bombardier Inc.'s recent share offering. But this week's slide in the company's stock price, to a 22-year-low, suggests that the pension-fund manager's unsuccessful push for a governance overhaul at Bombardier was a harbinger of the current crisis of confidence facing the plane and train maker.

The Caisse ended up buying just a smattering of the nearly 500 million subordinated voting shares Bombardier issued in a February sale that raised $1.1-billion for the cash-depleting transportation concern. The pension giant passed on becoming the lead investor on the issue after Bombardier's controlling family balked at its demands, which reportedly included reducing the votes attached to the company's multiple-voting shares to six from 10.

Had it accepted the Caisse's conditions, the Bombardier-Beaudoin family would have seen its voting control slip below 50 per cent, a development that would have loosened the grip of patriarch Laurent Beaudoin and his relatives. It might have reassured investors that newly named chief executive Alain Bellemare and the board of directors had a free hand to run the firm.

But news of the Caisse's clash with the Bombardier clan also got plenty of backs up in corporate Quebec, where the 10-to-1 ratio between multiple and subordinated voting shares has been the preferred means of maintaining control and, hence, keeping a roster of global-sized head offices in the province. Power Corp., Alimentation Couche-Tard Inc., the Jean Coutu Group Inc., CGI Group Inc. and Quebecor Inc. are just a few of the big Quebec players whose controlling shareholders rely on the 10-to-1, dual-class share structure. Without it, there would be a glut of empty office space in the Greater Montreal area.

Takeovers are sensitive topics in most jurisdictions. But there's an added layer of sensitivity in Quebec, where the existence of a francophone business class is still a comparatively recent phenomenon and the sale of such iconic companies as Alcan and Cirque du Soleil creates fears that Quebec Inc.'s glory days are behind it. If any institution should understand this touchiness, it's the Caisse.

That's not to suggest the pension-fund manager wasn't right to demand changes at Bombardier. The company's chronic underperformance and repeated dismissal of criticism warranted an intervention. Had Bombardier taken the Caisse's advice, investors might now be showing more patience.

Defenders of a dual-class share structure say it encourages long-term thinking by management and the board by shielding them from the tyranny of quarterly earnings targets. It gives entrepreneurs time to realize their often complicated visions without being distracted by market diktats. If investors don't like it, they shouldn't buy subordinated voting stock in the first place. Besides, as the appetite for recent technology IPOs with dual-class share structures suggests, most investors care more about a good story than how many votes they get.

There was a time when Bombardier fit into that category. Without Mr. Beaudoin's vision and discipline, Bombardier might still just be a snowmobile maker in the Eastern Townships. With him on board (he married the boss's daughter), investors experienced a ride of a lifetime that saw their shares hit $26 in 2000.

Once Bombardier entered the big leagues, however, there was too much at stake to bet everything on a dream. Mr. Beaudoin could never accept the advice of his hand-picked replacements as CEO – Bob Brown and Paul Tellier – that taking on Boeing and Airbus was a suicide mission. They considered the 100-plus-seat C Series aircraft a bet the company couldn't win.

Neither Mr. Brown nor Mr. Tellier lasted very long in the top job. They soon found that their power wasn't commensurate with the title. And the market knew they were placeholders until Mr. Beaudoin considered his son Pierre ready for the top job, which he got in 2008.

The market lost confidence in Pierre Beaudoin long ago. Bombardier's recent share issue was oversubscribed not because investors had a change of heart. Many were just looking to make a quick buck, as the stock rallied with Mr. Beaudoin's replacement by Mr. Bellemare. But the latter may discover that his marge de manoeuvre is no greater than that of the two previous non-family CEOs.

The Caisse was merely applying its own guidelines in requesting that Bombardier reduce the number of votes attached to its Class A shares. Had it succeeded, it might have given investors reason to believe the company had truly turned over a new leaf.

It would also have sent most of Quebec Inc. into a panic. 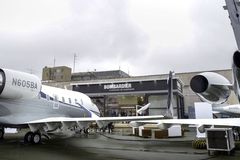 Grip of Bombardier’s founders an obstacle for investors
July 19, 2015 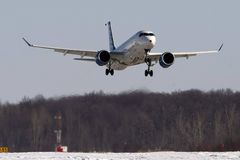