Andrew Hammond is an associate at the Centre for International Affairs, Diplomacy and Strategy, London School of Economics.

The Olympics begin on Friday in Rio de Janeiro, the first time that the Games have been hosted in South America. In the midst of an economy in its worst recession for decades, with a president who is being impeached, not to mention the potential threat of terrorism and the Zika virus, Brazil is badly in need of a brand makeover – and the world's biggest sporting event could help enable it.

As acting president Michel Temer has highlighted, a key goal is to present a vision to the world of a modern, vibrant democracy and stable emerging market that is a prime destination for future investment and tourism. Former president Luiz Inacio Lula da Silva has also asserted that, with billions watching, Brazil has a first-class opportunity to show it "can be a great country" after a troubled time.

Two major questions arise. First, can a country's reputation be enhanced the same way as a corporate (or other organization's) reputation can? And, second, can this have a significant, sustainable national economic impact?

On the first question, competition for the attention of stakeholders like investors and tourists is intensifying, and national reputation can therefore be a prized asset or a big liability, with a direct effect on future political, economic and social fortunes. Boosting that reputation is therefore an ever more common ambition in what is an overcrowded global information marketplace, and a number of countries have successfully used the Olympics to positively differentiate themselves to the world, including Spain after the 1992 Barcelona Olympics and Australia after the 2000 Sydney Games.

Yet the simple fact is that many nations fail to fully capitalize, reputationally or economically, after hosting the Olympics or other major sporting events. One only has to recall legacy images of abandoned and underused new-build infrastructure from the 2004 Athens Games, whose inflated cost helped contribute to Greece's unsustainable public-sector debt, to appreciate that countries do not always get this right.

Moreover, on the economic front, numerous studies have indicated that "legacy-driven" Olympics growth is often overhyped. In 2012, Citibank found that in nine of the past 10 Summer Games, GDP tended to rise in host countries before the event, then recede in the two quarters afterward.

To maximize Brazil's prospects for benefiting reputationally, it must pursue a concerted reputation and economic strategy that aligns all key national stakeholders around a single, coherent vision for country brand. This exercise should not just be the preserve of tourism agencies, let alone government, but must involve the private and third sectors too.

A good example here was the New Zealand Way initiative, which helped transform global perceptions of that country in the 1980s and 1990s. Like Brazil today, New Zealand was in the midst of a difficult economic climate during much of the 1970s and 1980s, partly caused by the country's loss of preferred-trading status with Britain and the Commonwealth.

In this context, the New Zealand Way helped transform perceptions of the country by building a destination brand for outdoor sports and tourism, leveraged in part by events such as the 1987 Rugby World Cup and the 1990 Commonwealth Games. Here, the untapped potential of the country's natural environment was recognized, bolstered by subsequent showcasing in films such as the Lord of the Rings trilogy.

It's no coincidence that New Zealand's tourism sector has enjoyed a long boom. Visitor numbers from Britain increased by around 60 per cent between 2001 and 2006 alone.

Building on the growing international appreciation of its natural environment, and in the face of the loss of its preferred-trading status, New Zealand recognized that a strong country reputation for quality agriculture and produce would be hugely beneficial for competition in global markets. The subsequent success of the country's agriculture sector, which has also become more competitive and efficient, is symbolized by the fact that New Zealand now accounts for about one-third of global dairy exports – for perspective, that's twice Saudi Arabia's share of world oil exports.

New Zealand underlines how even a relatively simple, unified country brand vision can be powerful. It's not unique in having a beautiful, scenic environment, but it has captured the world's imagination with consistent branding that has put outdoor pursuits and natural values firmly at its core.

This is a lesson Brazil would do well to learn, fast, as it seeks to capitalize on the Olympics. Even over the busy next few weeks, the event's long-term opportunities should not be sidelined.

A key part of this must be connecting Rio's hosting of South America's first Olympics to a wider story that showcases Brazil's strengths, so as to increase favourability of international perceptions of the country – politically, economically and socially. Major positives here include the fact that the country is a vibrant, diverse, multicultural state that has kicked off its longstanding tag as a "sleeping giant" with the potential to become a regional superpower, the world's fifth-largest country by area and population.

Yes, the reputational and economic impact of Olympic hosting has frequently been overstated. But in the midst of its current troubles, Brazil has a significant opportunity for a brand makeover and a lasting legacy.

Seven years after its Olympic bid, Rio is a changed city
August 1, 2016 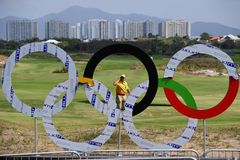 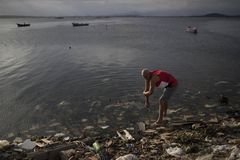