Sylvain Charlebois is dean of the Faculty of Management and professor in food distribution and policy at Dalhousie University.

A bread cartel is alive and well in Canada; or is it? The Competition Bureau is carrying out an investigation of major grocery chains in search of evidence of retail price fixing. Loblaws, Sobeys, Metro, Wal-Mart and other companies have acknowledged the continuing investigation. The outcome of this inquiry will likely not amount to much, but it does beg the question of why bread is being targeted by the bureau.

Demonstrating beyond a reasonable doubt that grocers are colluding to keep retail prices artificially high is almost impossible. Several attempts have been made in the past, with mixed results. The average grocery store carries well more than 15,000 different products and prices can be affected by an array of factors: commodity prices; energy and labour costs; new food safety and packaging regulations. These and other factors can all influence price points in many categories more or less simultaneously. An intentional collusion to falsely inflate profit margins would be hard to prove.

Historically, bread prices have been quite stable, with the exception of 2008-09, when prices jumped almost 50 per cent in a single year for all bakery products. On the whole, unlike fruits, vegetables and even meat products, bread has been immune to fluctuating prices for some time now. In fact, Canadians have access to the most affordable food basket in the world.

After the United States, and perhaps Singapore, Canadians spend less on food relative to their income than most countries in the world. Nonetheless, since we are north of the United States, where food quality is generally questionable but amazingly cheap, we often get unfairly benchmarked with our own food prices.

Prices are higher here, but much lower than in many places around the world. In the past month alone, food retail prices have dropped in Canada, including bakery products. So to suggest food prices are inflated in Canada is somewhat far-fetched; or at least, if, as some believe, Canadian consumers are paying too much for bread owing to price-fixing schemes, the evidence for this claim is not readily apparent.

At the centre of this investigation is a much deeper problem that lies in the food-supply chain. For years now, grocers have engaged in an open war with food processors, with grocers trying to position themselves as protectors of the public interest by pushing vendors to lower prices in order to remain competitive.

For the past few years, tensions between grocers and vendors have been at a record high. For a few years, major grocers have demanded price cuts from suppliers and it has had a domino effect on the entire industry. So it is not surprising to learn that independent grocers, through an industry association, passed along their concerns to the Competition Bureau. Consumers have barely noticed the conflict; that is, until now.

Almost by design, the Competition Bureau may be trying to communicate to the market that grocers are on watch for squeezing processors. As a food staple, bread is an appealing target. The bureau could have selected any food product, but bread's status as a food staple makes it an obvious choice; a clear majority of Canadians eat bakery products almost daily and, as a result, its price is an ongoing concern. It was chosen for a reason: to make an otherwise dreary, obscure, supply-side issue more imperative to the daily lives of consumers. Caring about publicly traded companies extorting each other is less of a political matter than seeing grocers allegedly gouge consumers. The investigation will likely not yield material results, but bread is clearly the best medium through which the bureau can send its message.

No one may be accused or arrested anytime soon, but this investigation could potentially restore peace within the food industry/grocery family. A vibrant food sector is not possible without a strong food-processing sector and making sure all make a decent profit within the food industry is difficult. Nonetheless, consumers can only benefit if all sectors, from farm to table, succeed over time; we can end up with a greater variety of decently priced, high-quality and innovative food products. Ultimately, and without sending anyone to prison, this investigation could strengthen the food sector.

Grocers know better than to engage in a doomed strategy of quotas and illegal price-setting activities. The mere spectre of a grocery cartel would not only be bad business, it threatens to tear up the social contract with the Canadian public that they adhere to every single day. Consumers can expect to see deals being made within the industry in the days ahead. Food shoppers will almost certainly experience rebates in the bakery section as grocers rush to reassure consumers that a bread cartel in Canada is nothing more than a myth. 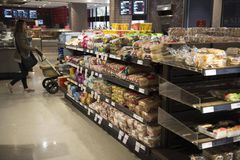 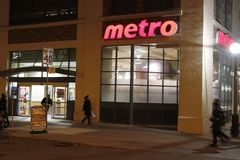 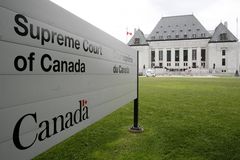