What do public-sector rioters who turned parts of Athens into charred ruins and the protesting students who have been paralyzed downtown Montreal in recent weeks have in common?

You can find the answer in author Mark Steyn's book, After America, Get Ready for Armageddon: "The Greek rioters are the logical end point of the advanced social democratic state: not an oppressed underclass, but a spoiled over-class, rioting in defence of its privileges and insisting on more subsidy, more benefits."

The Greek form of Armageddon came after decades of building a bloated public sector that devised ever more regulations, making starting up and operating a business a bureaucratic nightmare. Private-sector businesses collapsed or went underground. Tax evasion became a national art, reducing government revenues while deficit-fuelled government spending kept rising. The collapse comes, as it did in Greece, when private-sector wealth creation is overwhelmed by public-sector wealth destruction.

And what does this have to do with the Montreal students protesting against postsecondary tuition increases? Two words: entitlement addiction.

Average annual tuition in Quebec is $2,519, compared with $6,640 in Ontario. Tuition in Alberta, Saskatchewan, New Brunswick and Nova Scotia averages more than twice that of Quebec. Even after the modest $325 yearly increases to be phased in over five years, Quebec universities would still be the biggest bargain in the country. Quebec students would be paying only 17 per cent of the cost; the other 83 per cent would come from taxpayers, who spend their time working rather than protesting.

But a great paradox of human nature is that the more people are given, the more they expect. They can become the "spoiled over-class" fighting to defend their privileges.

In many countries, a big part of the spoiled over-class is unionized public employees. While workplace rigidity and excessive demands have led to the demise of unionized private-sector companies, employees of monopolistic government services face no competitive market discipline. In this country, a stark example is Air Canada and WestJet Airlines. While Air Canada unions seem determined to see their employer return to bankruptcy, WestJet's nonunionized workers are keen to boost the value of the shares they hold in the company.

In Canada, competitive forces have driven down rates of private-sector union membership to only 16 per cent, while public-sector levels have soared to more than 70 per cent. The gap is steadily widening between the wages and benefits of public employees and those of private-sector workers, whose taxes help cover the public sector payroll.

The more people become dependent on government, either through employment, government contracts or handouts, the less likely they are to vote for spending cutbacks. As Luxembourg Prime Minster Jean-Claude Junker put it, "We all know what to do, but we don't know how to get re-elected once we have done it."

When governments do have to make program cutbacks or increase taxes, those who have come to see government handouts as a right will take to the streets, as students did in Montreal, while those who truly need support will suffer. As Mr. Steyn puts it, "We've spent so much of tomorrow today ... we've run out of tomorrow."

As we saw in Greece, when no one will lend a country any more money, the government cutbacks are sudden, deep and painful. High unemployment and crippled social programs can lead to civil unrest, making matters even worse. The Greek riots drove away tourists, the country's prime source of revenue.

All successful countries are founded on, and driven by, the industrious determination, self-reliance and personal responsibility of their people. The only chance of recovery for countries when things fall apart lies in the same place it always did: private-sector growth. But climbing back up from the bottom requires a complete new mind set, from both governments and their citizens. 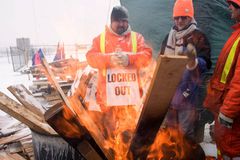 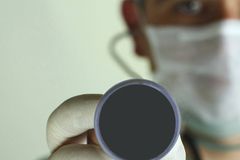 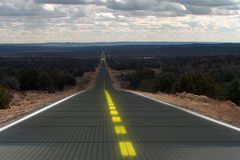 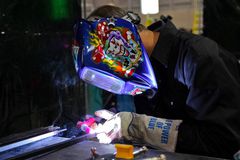 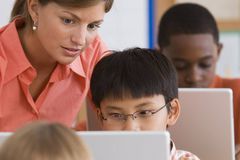 Opinion
A history lesson for the Occupy protesters
November 27, 2011 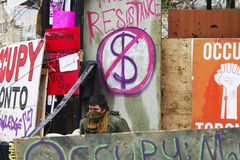