Paul Klein is President of Impakt, a B Corp that creates opportunities for corporations to profit from being socially responsible.

Dirk Matten is a professor and Hewlett Packard Chair in Corporate Social Responsibility at the Schulich School of Business.

The flood of refugees and migrants from Syria and other countries in the Middle East and Africa continues unabated, and the Canadian government's ability to accelerate the settlement of 11,300 people it has already pledged to take seems vague at best.

This crisis raises fundamental questions about how willing and able Canadians in all spheres are to take leadership on this issue. What is the government's responsibility? How can citizens best contribute? And what is the social responsibility of business to help?

Currently, it isn't clear whether or how businesses have a responsibility to respond to a humanitarian crisis. Knowing what to do is complicated by an industry's relationship with the government, which might put corporate action at odds with the policies of its own regulator. The timing of the upcoming federal election is another complicating factor, in that it potentially aligns corporations with or against party platforms. Finally, unlike natural disasters, most Canadian corporations have neither policies nor procedures in place to guide their response to humanitarian crises.

Canada's five largest banks are collectively donating $1-million to the Canadian Red Cross in response to the Syrian refugee crisis and providing opportunities for their customers to make donations at their local branches. While this is a positive step, much more can and should be done. For example, in a petition addressed to Air Canada chief executive officer Calin Rovinescu and three government ministers, the Turkish Canadian Chamber of Commerce proposed this week that the airline carry Syrian refugees in unsold seats on its Istanbul-Toronto service for point-of-entry refugee application.

In Germany, industry is eager to integrate refugees into the work force. When a newspaper asked Porsche chief executive Matthias Mueller how German industry could help, he replied, "With new jobs!" Clearly, the strength of the country's economy is such that industry is actually welcoming an influx of tens of thousands of young potential workers. While our economy may not be in Germany's league, Canadian corporations could learn from this example.

Here are some of the quick ways Canadian businesses can be socially responsible in a way that's both meaningful and material:

– Support employees whose families are in Syria or in transit to safer destinations by helping to sponsor or employ their relatives;

– Contribute to a new pool of capital that refugees can tap into as entrepreneurs;

– Direct employee volunteer programs aimed at helping refugees – companies such as KPMG have started doing this in some European countries.

The benefits of such corporate citizenship include reputation, brand identity and genuine employee engagement. But they can also contribute more directly to a company's bottom line. Many Syrian refugees are skilled members of the middle class, university-educated in fields where Canada needs help, such as manufacturing and engineering. Attracting such workers could boost sectors of the Canadian economy that are currently shrinking, and even unleash a whole new wave of entrepreneurship: After all, "investing" in the risk of such perilous journey is a display of exactly the skills one needs to start a business.

Canada's humanitarian leadership has waned in recent years, but business can help to re-establish it. Business is part of any country's "soft diplomacy" – and as we've seen in the case of many refugees from Southeast Asia, their success here contributes back to the standing of Canada's business community in their native regions.

The refugee crisis isn't just fuelled by the crisis in Syria – think of the boat people who have been crossing to Europe from Africa. Many are from resource-rich countries where Canadian resource companies are dominant players. These businesses could show leadership by ensuring that their presence does not just fill the coffers of a corrupt governing elite. Rather, through targeted stakeholder engagement, they could be making more trickle down to those whose living conditions currently make them try their luck elsewhere.

There are already great Canadian examples to consider. In 2012, Toronto entrepreneur Tal Dehtiar founded Oliberté in Ethiopia. This social enterprise produces luxury shoes; while it has become a highly successful brand, the company's other main purpose is local job creation. We can also think of Loblaw's leadership in addressing the aftermath of the factory collapse in Bangladesh in 2013.

Both Ethiopia and Bangladesh contribute heavily to the current refugee streams – we need more such leadership from Canadian businesses to address the problem's root causes. 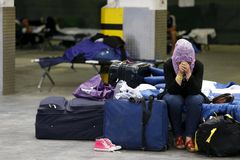 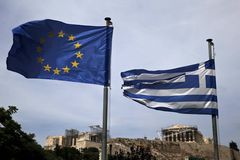 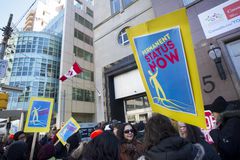 Migrants desperate for work are an embarrassing reproach to the EU
Subscriber content
June 25, 2015 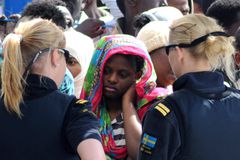