Richard Florida is director of the Martin Prosperity Institute at the University of Toronto's Rotman School of Management and Greg Spencer is a research associate at the institute.

The Canadian economy is at a crossroads. Historically, the national economy was largely defined by its ability to extract and export natural resources. The country's recent slide into recession, because of lagging world oil prices, is a stark reminder that busts accompany the booms associated with dependence on natural endowments. A well-known malady of resource-rich countries is the so-called resource curse, where the short-term wealth derived from resources inhibits the development of other, more sustainable sources of wealth creation and economic development.

For the past decade or so, Canada's leadership has spun a narrative that the resource-rich West is the key source of the country's economic competitiveness. But in today's economy, the real sources of sustained prosperity and rising living standards are knowledge, innovation and creativity. Canada has neglected the development of its knowledge-based economy. This is a step backward and an unfortunate mistake.

Newly released, our study, Canada's Urban Competitive Agenda: Completing The Transition From Resources To A Knowledge Economy, shows that the Canadian economy is built on two distinct models with two distinct geographies. Natural resources drive the West, while knowledge and creativity propel development in the East.

Cities are the central organizing unit on the knowledge economy, with knowledge and creativity concentrated in Canada's largest city-regions. So it was unsurprising to see Toronto, Ottawa-Gatineau, Vancouver, Montreal and Kitchener-Waterloo top our Canadian Creativity Index, a composite measure of overall competitiveness in the knowledge economy. Victoria, Calgary, Guelph, Halifax and Quebec City round out the top 10.

But embracing one economic model doesn't mean abandoning the other. Indeed, Canada is one of the few countries in the world that has combined these twin engines of resource-based and knowledge-driven economic growth. Calgary, one of Canada's fastest-growing cities over the past decade, with some of the highest incomes in the country, provides a shining example of what's possible when the two models are combined. It is a leading centre of the oil-and-gas economy, while the creative class makes up nearly 40 per cent of its work force, fourth in the country, just ahead of Toronto.

It is time to reinvest the resources from the energy economy into building a more secure future as an urban knowledge economy, while deepening and expanding the resource economy through our broad pools of talent and technology. Most of all, we must stop neglecting and starting investing in stronger, denser, more connected cities.

There are five key pillars that the next administration can pursue to build a stronger economic future for Canada's knowledge economy. Taken together, they will increase not just the economic status of our cities, but Canada's overall global economic competitiveness, and lift the living standards of all Canadians.

First, density and clustering of related economic activities are the key drivers of innovation and productivity. It is time to align zoning and building codes and housing and transportation planning so we can build a new infrastructure that maximizes density.

Second, the knowledge economy turns on the ability to efficiently and quickly move people, goods and ideas. Yet Canada's major cities face troubling levels of congestion and remain overly dependent on the car. It is time to shift infrastructure spending from roads and highways to transit – subways and light rail to knit our major cities together and connect them to their outlying suburbs; high-speed rail between our larger cities and metro areas.

Third, housing has become increasingly unaffordable in many of Canada's largest cities, especially at the urban core. The population has spread outward in the quest for more affordable housing. But sprawling development is at odds with the clustering that drives innovation and knowledge-based growth. Sprawl also generates real costs in terms of waste, energy, traffic and congestion. We need to build more compactly and provide affordable housing for the young people and families who are increasingly priced out of large urban centres.

Fourth, large urban centres are home to two kinds of jobs: high-paying tech, professional and creative ones and many more low-wage, insecure jobs in food service, health care and retail. Canada needs to make an effort to upgrade and increase the productivity of service jobs by making them more creative. It is also time to establish a geographically indexed minimum wage, recognizing the tremendous differences in living costs in big cities.

Finally, to accomplish these objectives, we need to give cities the taxing and spending powers they require. Cities must be given more control over their own destinies if they are to prosper in the 21st century.

All Canadians want to see their cities and their country grow, and their living standards rise. It's time to abandon the outmoded narrative that future prosperity lies in the wide-open, naturally abundant frontiers of the West and understand that the key to Canada's future economic well-being lies in the human-built resources of its cities. If we are serious about our economic future, we have to stop neglecting and start investing in the urban knowledge economy organized around and propelled by our cities. 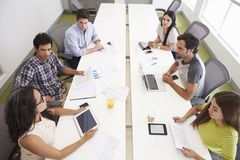 Rebranding the Canadian economy in the wake of the oil slump
September 11, 2015 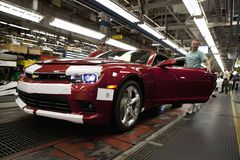 Opinion
To diversify our economy, we must build workers’ essential skills
July 2, 2015 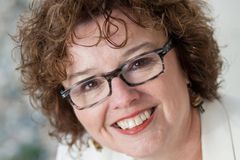