Alexandra Samuel is an independent technology researcher and the author of Work Smarter with Social Media.

In the uproar over the Cambridge Analytica "breach," Facebook has come in for some harsh criticism. But the problem isn't Facebook. It's the way marketers abuse data. I should know, because I'm a data-driven marketer myself.

When we were first heading down that path, vendor after vendor tried to woo me with tools that would give us access to the kind of data Cambridge Analytica sold to the Trump campaign. Facebook was packed with communities, quizzes and apps that existed entirely to get access to users' friends' data, and many vendors were selling that data.

One had an app that could look at people who liked country music versus alternative rock, and then tell you which soft drinks or cars each group preferred. Another had a massive network of Facebook "content" pages, like the page that posted underwater photographs so it could attract scuba fans and turn them into app users: This company bragged about how its 12 million users translated into 85 million people's worth of data, because the users ended up giving access to their friends' profiles.

When this business model came up at a Vision Critical meeting, the company's founder immediately dismissed the idea of collecting data on the friends of our community members. We were not going to trick people into sharing their data, and would never touch the data that belonged to their Facebook friends.

Instead, we asked some community members whether they would install a Facebook app, and we told them it would be used to collect data on their Facebook activity. When that turned out to yield valuable insights, we shared the results of our analysis in a public report.

At the time, I was proud to see our executive team make such a principled decision. But it also proved to be smart business: While we were developing our pilot app, Facebook shut down access to friend data.

That experience points to why we can't rely on Facebook to keep users safe from predatory marketers (or businesses safe from unscrupulous competition). Platform policies that require transparency and responsible use are a necessary foundation, but the real issue is the way businesses look at customer data – and at data-driven marketing.

The Cambridge Analytica model was deceptive from start to finish. It began with positioning its third-party Facebook app as academic rather than commercial. Then it disguised the breadth of its data grab. Most crucially, that data was harnessed for use in manipulative marketing practices, such as profiling voters to present just the messages that would get them to the polls. At every step of the way, Cambridge Analytica treated customer data as a corporate asset to be deployed like a targeted weapon.

Smart businesses recognize a deeper truth: Customer insight is worth more than customer data. And real insight comes from getting to know your customers, which means building a continuing relationship with people who will share their feedback over time. Nothing will damage that relationship faster than abusing the data you collect, or being anything less than transparent about how you use it.

When you treat your customers' data with respect, you not only retain access to it, but you also end up with better outcomes. You're turning data into insights that will help you offer customers the specific products, services, information and deals they want. You're treating your customers' data like a credit card they've loaned you to get them the specific purchase they want, rather than a credit card you've snatched out of someone's wallet and taken on a wild spending spree.

Regulations may push businesses toward better data-management practices, and so will platform policies that restrict the ways companies can use the data collected through social networks. But ultimately, we need marketers to respect customer data themselves, and to buy into the idea that data should be used only for the ultimate benefit of the customer.

The Cambridge Analytica story may turn out to be good news in that regard, because it's waking up so many companies to the level of public hostility that comes from grabbing and using data with less than full transparency. Now it's time to move on from that wake-up call, and start building marketing cultures that treat data with respect. 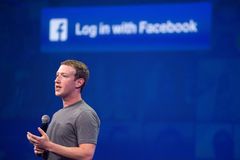 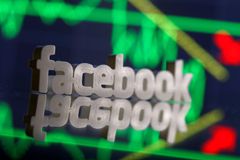