SYLVAIN CHARLEBOIS and EVAN FRASER
Contributed to The Globe and Mail
Published August 6, 2015 Updated May 15, 2018

A recent report on world food prices by the United Nations' Food and Agriculture Organization (FAO) contained some good news for families with lower incomes. World food prices are continuing their decline, thus giving some breathing room to the poor. This means we are not likely to see riots any time soon, as we did during the food crises of 2008 and 2011, when agricultural commodity prices were skyrocketing. In the United Kingdom, for example, food inflation is at its lowest level in decades.

What seems counterintuitive, though, is that food prices in Canada have gone up significantly in the past 12 months. In June, Statistics Canada reported that food prices moved up 3.8 per cent from last year. Proteins, in particular, have been pushing prices upward, with beef and pork leading the charge. For both commodities, inventories have been built up again and so some products have shown signs that prices have peaked (bacon prices, for example, have started to decline) and the FAO numbers would not be able to capture these subtleties. Nevertheless, it is a reality that food prices in our country are moving up at a time when the global prices are moving down.

Partly, this is owing to our oil-driven petro-dollar. Our buying power of imported food products has declined over the past year. As a result, pasta and lettuce have risen more than 10 per cent, and 22 per cent, respectively, and other commodities, including fresh fruits and vegetables, cookies and crackers, are all up from last year.

The California drought certainly is not helping, especially given that we import many fresh products from the state. In response to the drought, more savvy Canadian food importers have changed procurement strategies and have successfully found products elsewhere around the world. As a result, food inflation for many currency-sensitive categories has dropped in recent months. Nonetheless, food prices in Canada have gone up anywhere from 6 per cent to 8 per cent over the past two years, and many Canadian families have had to bear the burden of paying more for food. Food banks are certainly being affected as a result and that trend will likely continue for a while.

What may add insult to injury is looking at our food retailers' balance sheets. Loblaw, Sobeys and Metro are all generating more-than-decent returns to their shareholders these days.

Indeed, the food retailing sector is in much better shape than just a few years ago, and some may argue that they are taking advantage of vulnerable food consumers. But this is – at most – only part of the story. In fact, we have seen an incredible influx of new projects in recent years that has enhanced the overall robustness of our food retail sector. Over the past few years, grocers and independents have invested well over $4-billion in capital investments. Grocers have better distribution systems than ever before that are equipped to compete against non-traditional food retailers like Wal-Mart, Costco, and yes, Amazon. Consumers have only a superficial appreciation for these improvements since logistical systems are hidden business levers. The industry is actually a better cost manager now. And while retail price points have gone up, so too has the sector's capacity to manage costs.

If we stick to what Canadians can actually observe, food retailers now offer more variety in nicer, more spacious stores. Urban food deserts – typically poor neighbourhoods where large, brand-name grocery stores are few and far between – are slowly disappearing owing to the fact that fresh foods are more available in convenient local neighbourhood stores. In larger neighbourhood outlets, consumers can enjoy appetizing smells and appealing-looking food counters to support an approach which favours heath, ethnicity and culinary curiosity. It has been exciting to watch. Most important, and to their credit, grocers are deliberately trying, more than ever, to confine their procurement strategies so consumers can buy locally grown products. It is a deliberate attempt to cater to an increasingly fragmented marketplace, and food retailers are adapting quickly.

As we witness the contradictions of a renaissance in our country's food distribution sector along with the growth of food bank use, another real tragedy remains unexamined: the dreadful collapse of our food-processing sector. Canada has lost more than 140 food manufacturing plants since 2008, a sad story that we do not talk about often enough. This leaves Canadian farmers with limited markets, and little value-added opportunities. Crop diversity and the quality of life in rural communities have also suffered as a result.

Something ought to be done to build our processing capacity in Canada so consumers can become more immune to macroeconomic influences. This is something political parties should be thinking about during this election. Or, perhaps, food distributors themselves may someday come to the rescue of our domestic food-processing sector. 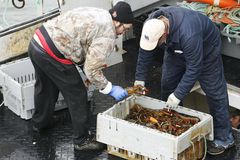 How Canada has a role in feeding the world Subscriber content 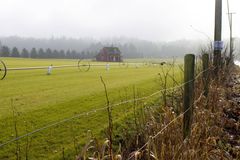