The federal government spends about $14-billion a year on business subsidies, and the four largest provinces combined spend slightly more. And, business subsidies represent almost half of the corporate income tax revenue collected in the five jurisdictions.

Surprisingly, given its reputation as a bastion of free enterprise, Alberta is the most prolific subsidizer. In the 2014-15 fiscal year, per person subsidies were $640 in Alberta, about $100 ahead of Quebec – the next most generous jurisdiction. Alberta has probably added to its "lead" through measures introduced in the October, 2015, fiscal update and the 2016 budget. Alberta also stands out by having the least transparent public reporting of business subsidies.

Governments don't provide this information in a single publication. I arrived at this estimate by combining information from government financial statements, tax expenditure accounts and the annual reports of government business enterprises, supplemented with responses from access to information requests.

What motivates governments to subsidize business? Leaving aside cynical efforts to win votes, business subsidies have two broad objectives: to improve economic performance and to achieve a social objective by supporting specific firms, industries or regions. On average in the five jurisdictions, the split between the two categories is about 70-30 in favour of economic development measures.

Assessing value for money from programs with a social objective is subjective, but measures intended to improve economic performance should be assessed on their ability to raise real income.

In order for business subsidies to raise income, markets have to be doing a poor job allocating labour and capital to their best uses. The classic case is research and development. When a company undertakes R&D, some of the knowledge created inevitably spills over to the benefit other firms. Companies are focused on their own benefits and costs when deciding how much to spend on R&D, not the benefits received by other firms, so society has an interest in encouraging additional R&D. While markets generally do a good job allocating financial capital to its most productive uses, governments express concern about the ability of small firms to access external financing. Just more than half of business subsidies are intended to address these two issues.

Governments also provide subsidies in order to create what are often described as "good jobs," meaning employment in high-wage, high-productivity industries. But subsidizing "good jobs" will only boost real income if workers receive a premium for their skills in the subsidized sector. There is ample evidence that wages differ by sector even after differences in worker skills and working conditions are taken into account. That opens up the possibility that subsidizing high-wage jobs will make us better off. Almost 10 per cent of business subsidies are pursuing "industrial policy" objectives.

But real income won't necessarily go up, even in these circumstances. Benefit-cost analyses of key programs suggest that, at best, only a third of subsidies intended to raise real income achieve their objective. The main reason these subsidies are unsuccessful is that they have to be funded, either by raising taxes or cutting government program spending, both of which harm economic performance. And avoiding the pitfall of excessive subsidization can be challenging. For example, small firms performing R&D get about 43 per cent of their funding from governments, which is, according to my own research, substantially beyond an effective level.

Industrial policy measures are particularly tricky to get right. The first hurdle is to identify sectors or firms that pay workers a premium for a given set of skills and working conditions. The next hurdle is to avoid excessive subsidization. A permanent subsidy that exceeds the wage premium will obviously harm rather than help economic performance, as the higher taxes required to finance the subsidy blunt incentives to work, save and invest. A temporary subsidy can exceed the wage premium, but governments need to have the discipline and foresight to end the subsidy soon enough to generate a net gain. Finally, even if real income rises, the distribution of benefits and costs is an issue. Subsidizing good jobs benefits high-income individuals and if the subsidy is financed out of general tax revenue, lower income taxpayers will contribute to its fiscal cost.

With so much money at play, business subsidies should be reported more transparently and managed more effectively. For greater transparency, governments should prepare a comprehensive annual report on business subsidies delivered through program spending, the tax system and through the activities of government business enterprises. The report would describe the programs, state their objectives and report funding levels. When discussing program objectives, the report should set out in general terms the expected benefits and costs of government intervention and discuss who benefits from the measure and who is expected to pay for it. Making a commitment to set out the expected benefits and costs of all new business subsidies as they are introduced may prevent the worst offenders from being implemented in the first place.

Increased transparency would set the stage for better evaluations of subsidies. While government departments have demonstrated an ability to assess program efficiency objectively, in-house reviews of program effectiveness or success in meeting objectives quickly come up against a fundamental conflict. A truly independent assessment runs the risk of contradicting the responsible minister and may implicitly call for a change in policy. A better approach would be to fund an independent organization, such as the Parliamentary Budget Officer at the federal level, to assess the effectiveness of business subsidies. 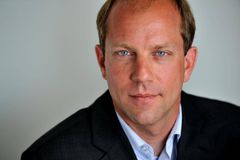 Opinion
Look out, Canada: Trump may be about to get serious about protectionism Subscriber content
January 12, 2018