Former prime minister Jean Chrétien's second budget in 1995 was by all accounts a historic budget that changed the trajectory of federal finances and laid the foundation for broad prosperity for better than a decade. Unfortunately, Prime Minister Justin Trudeau's second budget is a status quo, indecisive plan that continues the policies first presented in 2015, despite tectonic shifts south of the border and weak economic performance over the past year. What the country needed was a budget focused on prosperity and competitive; what it needed was a Chrétien Budget 2.0.

It's easy to forget the dismal state of federal finances when the Chrétien government was elected in 1993. The federal debt was $607.3-billion, the deficit alone was $38.5-billion, and interest payments amounted to $40.1-billion. This meant that almost one in every three dollars collected by the federal government was spent on interest costs.

The Canadian economy was also struggling. One of the barriers to prosperity was the state of federal finances, which imposed incredible uncertainty on the Canadian economy. Large deficits and mounting debt (and their accompanying interest costs) meant there was a real risk of higher taxes in the future. Investors, businesses and entrepreneurs didn't know which taxes might be raised or by how much. This uncertainty meant that projects that looked profitable one day could become losers the next. The result was that too many businesses, entrepreneurs and investors stayed on the sidelines with a wait-and-see attitude or worse and decided to take their activities abroad. (These are the exact conditions present in Canada today.)

Based on the successful reforms enacted in Saskatchewan and Alberta in the early 1990s, as well as several other factors, the Chrétien government took action in Budget 1995. Program spending was reduced by almost 10 per cent over a two-year period (1994-95 to 1996-97) and growth in spending was constrained for the following three years. All told, per person spending (adjusted for inflation) was reduced by 15.5 per cent between 1993-94 and 1999-2000. Critically, the federal government enacted reforms to existing spending so that as former finance minister Paul Martin explained, we got "smarter" not just "smaller" government.

The Chrétien government balanced its budget in 1996-97 and started paying down debt. Interest costs plummeted, which left room for tax relief aimed at ensuring Canada was more competitive. This combination of balanced budgets, declining debt, smarter and smaller government spending, and competitive taxes, what we have coined the Chrétien Consensus, laid the foundation for more than a decade of economic prosperity.

Canada's economy grew by an average of 3.2 per cent between 1997 and 2007, while the rest of the industrialized world experienced 2.7-per-cent growth. Canada was one of the highest performing countries for job growth and led the G7 for business investment. These are the economic outcomes espoused by the current federal government and yet it has clearly rejected the foundation for that prosperity – the Chrétien Consensus.

The Trudeau government's second budget is essentially an extension of its first budget with no major policy changes. Deficits continue with no end in sight (reaching $28.5-billion this year), debt is growing, government spending is expanding, and despite claims to the contrary, taxes have increased.

In addition, the federal government failed to clarify whether several rumoured tax hikes are planned for the fall or next year, which means continued uncertainty.

These policies, the antithesis of the Chrétien Consensus, coupled with policy uncertainty will continue to impede stronger economic growth. The outlook for Canada could weaken further depending on policy decisions made south of the border. A change in direction based on a realization of the benefits of the Chrétien Consensus combined with competitive pressures from reforms in the United States could be the basis for a Chrétien Budget 2.0 this fall. Such a change in direction would begin to create the foundations for real prosperity in Canada.

Jason Clemens, Charles Lammam and Niels Veldhuis are economists with the Fraser Institute. 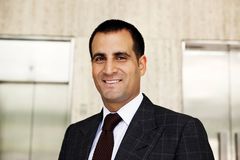 Opinion
Is debt-to-GDP ratio a valuable fiscal anchor for the Liberals?
March 20, 2017
Follow us on Twitter @globebusiness Opens in a new window
Report an error
Due to technical reasons, we have temporarily removed commenting from our articles. We hope to have this fixed soon. Thank you for your patience. If you are looking to give feedback on our new site, please send it along to feedback@globeandmail.com. If you want to write a letter to the editor, please forward to letters@globeandmail.com.
Comments