Dr. Audra Mitchell is CIGI Chair in Global Governance and Ethics at the Balsillie School of International Affairs. Jessica West is editor of the Space Security Index at Project Ploughshares.

The race to claim ownership of outer space minerals is on. Space mining companies such as Deep Space Industries and Planetary Resources have ambitious plans to mine the skies. These plans received a major boost from the 2015 U.S. Space Act, which grants U.S. citizens property rights over resources they extract from asteroids.

The Space Act was specifically designed to generate a race for space minerals by stimulating competition and private investment in space flight and space-based mining technologies. Michael Byers of the University of British Columbia recently called for Canada to create similar legislation to maintain dominance as a mining country. But we argue that Canada should, instead, lead in developing new frameworks for the peaceful and sustainable use of outer space.

The legality of private space-mining ventures is hotly contested. The 1967 Outer Space Treaty established outer space as a res communis – the common property and "province of all mankind," intended to benefit everyone. Under this treaty, states must co-operate in exploring and using resources, without appropriating resources for national benefit. Ram Jakhu of the Institute of Air and Space Law at McGill argues that under the OST, resources cannot be claimed by anyone. Gbenga Oduntan of the University of Kent asserts that the Space Act "represents a full-frontal attack on settled principles of space law."

Would-be space miners challenge the definition of appropriation, instead emphasizing the absence of a specific ban. They cite the lack of objections when the United States brought back lunar rocks from its Apollo missions. However, an act that is not specifically illegal does not necessarily indicate respect for international law. Seeking to gain advantage by exploiting a loophole contradicts the spirit of the treaty and of international law.

The space-mining industry, and the Space Act in particular, are turning outer space into a different kind of legal space – a res nullius that is owned by no one and is up for grabs by the first taker. The commercialization of res communis has already proven destructive for the Great Barrier Reef, where a recent spike in commercial activity has caused so much degradation that UNESCO is reconsidering its status as a World Heritage Site.

While the high seas are often seen as a model for outer space use and governance, the treatment of the oceans as res nullius has led to such extreme exploitation that fish stocks are expected to collapse by 2048. Even now, rising piracy rates make large swaths of ocean all but ungovernable.

Space entrepreneurs claim that the "infinite" resources in outer space will solve resource-based conflicts, but this argument is misleading. Creating an open season in outer space will create new conflicts, on Earth and in space. Technological and financial restraints mean that the scramble to mine the nearest, most accessible asteroids will be intense. Emerging regional rivalries – for instance, between private U.S. companies and the Chinese government – combined with an escalating arms race and ongoing failure to ban the use of weapons in space, increase the potential for violent conflict.

Instead of joining the space race as a relatively late starter, Canada should lead in developing new, innovative ways to maintain sustainable, peaceful uses of outer space. For example, Canada could reinforce the status of outer space as part of the "common heritage of mankind" and develop a framework for fair, sustainable resource use. Developing regulations to account for private actors and uses of space is urgently needed to ensure global security.

Canada is not only a mining country, but a world leader in peaceful co-operation and sustainability. To make a positive contribution to the new space era, Canada needs to prioritize this double bottom line.

Opinion
Why Canada risks losing out on minerals in space
February 20, 2016 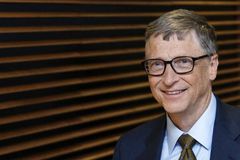 Are the superwealthy's futuristic ideas vain or visionary?
August 15, 2013 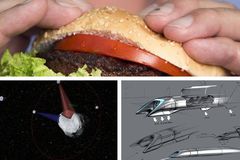