Sarah Petrevan is a senior policy adviser at Clean Energy Canada, a program of Simon Fraser University's Centre for Dialogue.

The big energy story in Canada continues to be pipelines. Still.

Why? There's controversy, for starters, but it's also the fact that energy exports – especially oil – make up a big chunk of Canada's exports, and we're an export-driven economy.

Fair enough. But it's time we started focusing more attention on the opportunity to export energy technologies and services, not just raw energy. As United Nations Environment Program chief Achim Steiner said the other day on CBC's Power & Politics, "Whether you build the next pipeline or not … the economy of Canada will not be centred around a fossil-fuel-based extractive economy."

That's in no small part why Ontario Premier Kathleen Wynne has been in India in recent days. There are always domestic politics tied to these trade missions, but there is both need and value for Canadian leaders – from government and clean-energy companies – to travel abroad, seeking out new business opportunities. If Canada is going to play in the increasingly competitive global clean-energy marketplace, we need to sell our industry and the climate solutions they offer.

Not two months ago, the world raised the bar on climate action by signing an agreement to replace fossil fuels and build a clean global economy. An unlikely leader at the forefront of that charge is India, with a commitment to install 175 gigawatts of renewable energy by 2022. India is a top-three player, according to Ernst & Young's Renewable Energy Country Attractiveness Index, so it's not surprising that clean-energy businesses are flocking there, including those based in Canada. Why? The size of the prize.

The reality is, for Canadian companies, prospects at home are looking lean, especially in the short term. While we've seen sizable renewable electricity targets from both Alberta and Saskatchewan, policy details have yet to be unveiled and even then it will take time for projects to get started. And, while Ontario has held the top spot in renewable electricity for the past few years, topping out at $12.7-billion in investment by the end of 2014, there are many unanswered questions as to what's next for clean energy as the province considers its supply strategy.

For companies looking to grow, there is little choice but to look beyond our borders. Enter India – with the right mix of commitment, investment and policy – the next clean-energy frontier.

With a formal target of 100 GW of solar capacity (and 60 GW of wind) by 2022, India is a giant market for clean-energy companies. According to Bloomberg New Energy Finance data, the dollars are matching those commitments. In 2015, India saw $10.9-billion (U.S.) in clean-energy investment, a 22-per-cent increase over 2014, with nearly half ($5.2-billion) in solar. This is not to say that the clean-energy revolution in India is easy; finding land and the state of power transmission infrastructure have posed challenges for the country. But with policy approaches evolving to meet the country's power needs, there's no sign India is slowing down on its commitment any time soon.

In fact, many Canadian companies have already seized business opportunities in India. When Prime Minister Narendra Modi visited Canada last April, solar-power deals – one with AMP Solar Group and the other with Canadian Solar Inc., a big player on the Indian market – accounted for more than $1-billion (Canadian), 63 per cent of the value of the total agreements signed.

Another success story for Canadian solar in India is Sarus Solar, a joint venture comprising three Canadian firms that is planning a series of 500-megawatt solar parks, the first of which will be built in Maharashtra. According to Sarus Solar's head of operations for India, Arun Agarwal, "The Canadian firm saw huge potential in the solar sector in India, especially after the government announced its target."

Finally, let's point to Canada's SkyPower Global, which, last summer, made the lowest bid of 5.17 Indian rupees a kilowatt hour (10.6 cents) as part of the 2 GW solar tender in the Indian state of Telangana. Subsequent actions have secured even lower bids, yet Canadian companies are clearly in the game in India.

While pipeline controversies make headlines, an important Canadian success story is being written outside our borders. It's a story worth telling here at home. 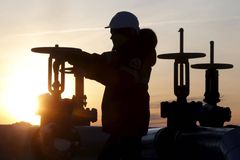 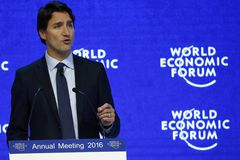 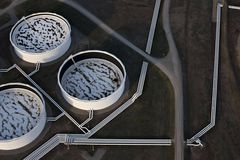