My grandfather was born in 1906. It was the year that Romanian inventor Traian Vuia flew a heavier-than-air monoplane with unassisted takeoff for the first time at Montesson in France.

As a child, I remember how my grandfather would sometimes look up at the sky, spotting a plane in flight, and tell me about times that people would flock into the streets to marvel at the first passenger flights.

I would roll my eyes. Quebec City's airport had been ferrying passengers in and out well before I was born in that city. Planes were, and still are, just part of my world. Something I take for granted.

I'd be willing to bet that Traian Vuia and other aviation pioneers never – even in their wildest dreams – imagined that air travel would become so normal. In far less than a century, a completely new technology enabling the movement of huge numbers of people around our world went from unimaginable to indispensable.

There are a handful of technological innovations that irreversibly changed our world in the 20th century. Children today cannot imagine a world without a smartphone in their hands or a computer in our cars. The information age has transformed how we live, work and play.

Today, we're faced with another technology that has unimaginable potential. Just as silicon-based technologies brought us the information age, so too will quantum technologies bring us into the quantum age.

Canada largely missed out on the opportunities of the previous information technology revolution. Only a handful of companies were created, grown and thrived here. Canada watched while our neighbours lead this worldwide revolution. Research powerhouses such as Bell Labs in New Jersey drove the innovation agenda across the U.S., spurring remarkable technologies that went on to build Silicon Valley, where billions of dollars of wealth were created for the entrepreneurs, investors and the country.

Yet in 2000, a bold vision was set out for Canada; a vision to position our country as a leader in this next great technological revolution. Learning from the Bell Labs experience, Mike Lazaridis set out to ensure Canada is playing a leading role in the quantum age. Over the past 14 years, he has provided more than $300-million to create two research powerhouses: the Perimeter Institute for Theoretical Physics and the Institute for Quantum Computing (IQC) at the University of Waterloo. These institutes are now home to over 300 researchers and students all focused on understanding our world and creating technologies that harness the power of quantum mechanics.

The problem is, we are not alone in what is rapidly becoming a quantum race.

Countries around the world are now waking up to the unimaginable opportunities of quantum technologies. The United Kingdom recently committed more than $480-million to create four research hubs for quantum technologies across the country. Kai Bongs from the University of Birmingham has said that within five years, they will establish the Quantum Valley in the U.K.

What's more, the European Union reiterated their commitment to quantum technologies at the Innovation Summit 2014 just last week. Lieven Vandersypen of the Delft University of Technology told that conference that "more Nobel prizes are coming in this field and they are going to go to Europeans." Singapore, China, Australia, Japan and, without question the United States, are all investing heavily in quantum technologies.

But here's some really good news for Canada. We fired the starting gun in this race 14 years ago. Thanks to visionary investing and strong political commitment, we already have the infrastructure – the IQC is headquartered in a 285,000-square-foot facility with state-of-the-art labs and equipment at the University of Waterloo – not only to compete in the race, but to lead and win.

The governments of Canada and Ontario have ensured our country can lead and win the race through strategic investments in Perimeter and the IQC. Our private-public partnership attracts the best and the brightest to Waterloo.

Last week, the federal government announced its new Science, Technology and Innovation strategy and the Canada First Research Excellence Fund. These bold initiatives will allow science and technology to thrive in Canada. They will allow Canada to continue to lead the quantum race and take advantage of all the unimaginable opportunities that quantum technologies will provide.

We are already seeing the fruits of early investments. IQC has four spinoff companies. Mike Lazaridis' Quantum Valley Investments is already investing in some of them. These aren't dreams of the future. They are realities now – Canada is emerging as the quantum nation.

The U.K. and the EU want to have a Quantum Valley in five, 10, 15 years. I'm proud to tell my children that Canada is already home to the Quantum Valley, right here in Waterloo.

When I speak to people around the world about IQC, I show them a chip. It looks like an ordinary computer chip, but it is something quite different. Perhaps they too will look back on the moment they held one of the first quantum microchips and remember the same feelings of excitement and wonder my grandfather had as he looked up to the sky so many years ago.

Raymond Laflamme is a professor at the University of Waterloo and executive director of the Institute for Quantum Computing. 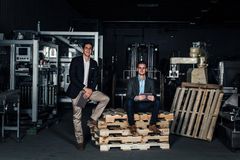 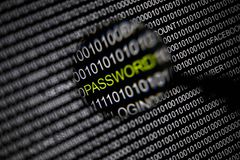 Opinion
Saudi academics must speak up for the freedom to dissent
January 20, 2015 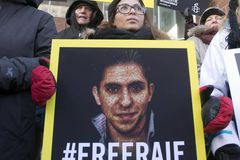 Japan’s newest chatty robots are too cool to talk to you
January 20, 2015 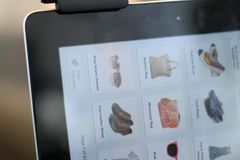