Sergio Marchi is President and chief executive officer of the Canadian Electricity Association.

It has been said that all politics is local. But national elections should also be opportunities to debate big issues, to define national ambitions, to shape long-term horizons. One of those big issues is energy policy.

Canadians are blessed with an abundance of natural resources. While oil and gas are always top of mind, we are also among global leaders in uranium, titanium, potash, iron ore, diamonds, nickel and hydro electricity. Our natural resources account for about 20 per cent of our gross domestic product and support almost two million jobs.

The question is whether we are marshalling the collective leadership needed to leverage these resources for maximum economic benefit. The truth is, we are not. No federal government, of any political stripe, has developed a comprehensive energy strategy, and we desperately need one.

The demand for energy from emerging countries is huge. But the global competition to supply those countries will be fierce, and Canada cannot afford to bring anything less than our A game, if we are going to win our fair share.

So it's appropriate, during this election, to ask our politicians how they'll harness our energy assets for the benefit of all Canadians. And that means answering several key questions:

First, are federal parties prepared to recognize energy policy as an area deserving of closer federal-provincial co-operation? Are they prepared to see this as an issue of national priority, requiring a truly national effort?

Second, assuming they are, will federal leaders commit to calling a first ministers' conference to develop a national energy strategy? Alternatively, will the next prime minister be prepared to engage the Council of the Federation to help complete the work the premiers have so ably begun?

Third, how will provincial and federal governments develop a genuine partnership – one built on mutual trust – with First Nations so as to ensure that energy infrastructure investments are aligned with both their aspirations and national priorities?

Fourth, can governments agree on a robust process for openly and effectively engaging environmental groups, and other elements of civil society, across the country?

Fifth, at the conclusion of any public process, will governments commit to making timely decisions to forge ahead with building the required infrastructure?

Sixth, in light of the domestic and international steps being taken to combat climate change, how can our federal and provincial governments better work in sync to contribute meaningfully to those efforts while developing our resources for the national good?

And, finally, given that a generation of resource workers is on the cusp of retiring, how can the federal and provincial governments recruit and train the skilled professionals we'll need in the energy sector?

Canada works best when federal and provincial governments work together. The creation of the Canada Pension Plan, medicare, the Trans-Canada Highway, the interprovincial pipeline system, the St. Lawrence Seaway – these and other nation-building projects were possible only because our political leaders were able to summon a pan-Canadian vision.

If today's leaders – at both the federal and provincial levels – fail to overcome politics and partisanship, Canada and Canadians will be poorer for it. As in elections past, too much time will be spent analyzing which leader or party emerged stronger on the night of Oct. 19. We should, instead, be far more concerned about how Canada will fare the morning after.

In a speech last year, former prime minister Brian Mulroney spoke of the "next big thing" for Canada. He chose the theme of natural resources for his remarks, and suggested that the secret ingredient for success is leadership. He concluded that great and controversial questions of public policy must be considered: "History tends to focus on the builders, the deciders, the leaders – because they are the men and women whose contributions have shaped the destiny of their nations."

He is right. It is again time to embrace the future and shape our destiny. And to demand of this election, and of our leaders, that Canada dream big once more. 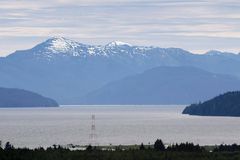