Stewart Beck is president and CEO of the Asia Pacific Foundation of Canada, and a Canadian career diplomat who served abroad in China, India, Taiwan and the United States.

Yves Tiberghien is director emeritus of the Institute of Asian Research at the University of British Columbia and a distinguished fellow at the Asia Pacific Foundation of Canada.

With tough and uncertain negotiations happening simultaneously with the United States over NAFTA, Japan over TPP and with China (plus Southeast Asia and India down the line), Canada's trade policy is at a critical juncture. The national public good calls for a balance between necessary diversification, continued ambition and inclusion of values (the progressive agenda) wherever possible. But can these three priorities be successfully balanced in careful diplomatic negotiations? Or do we risk simply hitting the wall with partners?

New language is creeping into the Canadian free-trade lexicon. Initially, it was all about "ambitious" free-trade agreements: those deals moving beyond tariff and duty reductions to include services, new technologies, investments, public procurement, competition, intellectual-property rights and sustainable development. Diversification away from an increasingly vulnerable U.S. market (where we still export 76 per cent of our trade) also mattered. And now, "comprehensive and progressive" free-trade agreements are suddenly de rigueur: deals layering gender and labour considerations atop "ambitious" aspirations.

Both of these terms can – but don't always – work when developed economies decide to negotiate a trade agreement. In both cases, however, the amount of time and effort required to incorporate these additional elements is staggering. Take the Comprehensive Economic and Trade Agreement (CETA) between Canada and the European Union, which our government calls a "progressive" agreement. That took seven years to negotiate and sign, keeping in mind that Europe is the entity most simpatico with the Canadian agenda on progressive trade.

For developing or emerging economies such as China and India, this terminology, although aligned with our own values, doesn't work and will always make it difficult or impossible to conclude an agreement.

Canada might be a G7 country, but our market is too small to be a "demandeur" on issues that big, emerging economies find too sensitive or intrusive. In an Asian context, developed economies such as Japan, Australia, New Zealand and Singapore can partly identify with our values around gender and labour, easing the inclusion of mechanisms to recognize these values in agreements.

But, for emerging economies, this can be a deal breaker or non-starter. This is not to say these values cannot be included as part of the negotiations with countries, but how the clauses are developed and implemented into an agreement will require time, patience and creativity.

To us, what happened with the negotiations during the Prime Minister's visit to China was no surprise. We believe China would consider negotiating a more ambitious free-trade agreement with Canada than the ones negotiated with Australia and New Zealand. We are a G7 country with a recently completed ambitious agreement with the EU. Negotiating an agreement would be lengthy and difficult, but possible. However, building progressive values into an agreement with China is a bridge too far.

That's why Canada's response in Danang to the possible conclusion of the Trans-Pacific Partnership was confusing. It seemed evident Canada had achieved what it was looking for in this agreement, up to and including the inclusion of "comprehensive and progressive" elements in the deal and its new title. (As a concession to Canada, TPP 11 has been officially renamed the "Comprehensive and Progressive Trans-Pacific Partnership").

So, why did we not conclude, and in a manner that would upset a critical trading partner such as Japan? We tend to forget Japan is our third-largest trading partner and the benefits for Canada of a concluded TPP, particularly for Western Canada, have been well documented.

At the moment, Prime Minister Shinzo Abe sees the rapid conclusion of the TPP as his absolute priority for at least three reasons: it counters the current crisis of the global economic order, buttresses his domestic legitimacy and represents the anchor for his structural reform agenda. Personal high-level interviews in Tokyo confirm the Danang incident involved significant loss of face for Mr. Abe, and has affected many dimensions of the Canada-Japan relation.

Is it our auto industry in Ontario that is driving the resistance to CP-TPP? If so, let's take a look at the numbers. Toyota and Honda produce 1.01 million cars in Canada (compared with the Detroit Big 3, which produce 1.34 million). Of these 1.01 million Japanese cars, 80 per cent are exported to the United States.

All five automotive makers have a big stake in the North American free-trade agreement, but two, Toyota and Honda, also have a big stake in seeing the completion of CP-TPP. And Tier 1 and Tier 2 industry suppliers, also big employers in Ontario, have already globalized and understand the importance of CP-TPP.

Canada's Advisory Council for Economic Growth recently released another set of recommendations for Ottawa to consider. The recommendations are future-oriented by design; the role of Asia and the need to equip Canada's work force with skills for the future feature prominently as engines of our growth. In stark contrast with the United States, Canada is seen as a promoter of globalization and the CP-TPP is a vehicle to provide access to key Asian markets. The window of opportunity is small and it is in our economic and diplomatic interest not to let it close. The rest of our ambitious and progressive trade agenda depends on this critical first step. 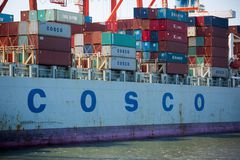 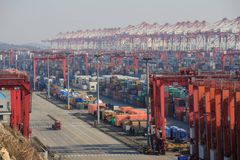