Andrei Sulzenko is a former trade negotiator and is currently an executive fellow at the School of Public Policy, University of Calgary

Former prime minister Stephen Harper was recently reported as being highly critical of the Trudeau government's NAFTA stand. Whether such friendly fire is appropriate is, of course, debatable, but, as in most debates, truth does not reside entirely on one side.

The most salient point in Mr. Harper's arguments is that Canada has made a tactical error in insisting, along with our Mexican counterparts, on negotiating trilaterally when the main U.S. preoccupation has been with its bilateral trade imbalance with Mexico. Rather than dismissing this view as tawdry political sniping, it should, at least privately, give the Canadian side pause for reflection in preparing for a return to the negotiating table in the coming days.

It is understandable why Mexico prefers three-way talks – to benefit from Canadian support in countering unacceptable U.S. demands while at the same time deflecting American attention toward a second punching bag.

It is less obvious why it is in Canada's national interest to maintain solidarity with our Mexican partners on three-way negotiations.

One of the probable reasons is the long-standing Canadian tradition in international relations of taking a principled, high-road approach and being an honest broker. Cynics, on the other hand, see this more as a naive, Boy Scout approach, doing what is perceived to be the right thing rather than acting based on a clear-eyed realpolitik assessment. In this particular case, these cynics would say it is akin to bringing boxing gloves to a knife fight.

Another probable reason is institutional inertia. The North American free-trade agreement has been the trading framework for 25 years and it makes sense to try to modernize it incrementally rather than rethink the fundamental architecture of our trading relationships.

In hindsight, though, it has become increasingly clear that the Canadian and Mexican objective of improving NAFTA for mutual benefit is not shared by our U.S. counterparts. Their view can be most charitably summarized as NAFTA if necessary, but not necessarily NAFTA.

A more realistic take on the underlying American strategy would be one of forcing the breakup of NAFTA in order to jettison Mexico and subsequently set up a bilateral renegotiation with Canada on more favourable terms to the United States.

Indeed, the Trump administration is not the first to have a preference for bilateral deals rather than multiparty agreements. Successive administrations and their congressional counterparts have viewed unabashedly the greater leverage of bilateralism as being in the American national interest.

So, what is in Canada's national interest, given the current impasse at the NAFTA table? To help answer that question, it is useful to recall why NAFTA was created in the first place.

But a new U.S.-Mexico deal was different. It would have undercut Canada's newly won preferential access to our most important market and, at the same time, impair access relative to the United States to the fast-growing Mexican market (necessitating our own bilateral agreement with Mexico to redress that situation). It made sense in these circumstances, albeit for defensive reasons, to promote a three-way negotiation under the optimistic branding of a North American trading bloc.

Having created NAFTA, the risk was always that since Mexico was at a different stage of economic development than the United States and Canada, its much lower wages and more relaxed regulatory structure would create politically unwelcome competitive pressures, particularly in manufacturing. As it turned out, except for the high-profile automotive sector, these competitive pressures fell disproportionately on the United States, contiguous to Mexico, and with its 12 times larger market, as compared with Canada.

Small wonder, then, that the American perspective on Mexico is quite different from Canada's.

If a three-way relationship no longer works well (politically as compared to economically) for one of the partners, what is the point of the innocent party, Canada, standing in the way and potentially being roiled by the ensuing acrimony?

In these circumstances, it would make sense for Canada to take the initiative at the resumption of negotiations and propose the parsing of issues into three bilateral groupings: U.S.-Mexico; Canada-U.S.; and Canada-Mexico (the latter for the sake of symmetry rather than immediate importance).

Such an approach would not necessarily pre-empt an eventual three-way umbrella agreement, but it would provide a clearer path to the more likely successful negotiation of a new bilateral arrangement between Canada and the United States.

In this scenario, what about the U.S.-Mexico bilateral discussions? Each party will no doubt vigorously defend its interests. Canada should not get in the crossfire between them. That is not in our national interest. 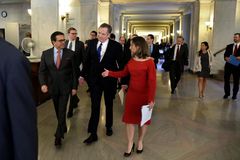 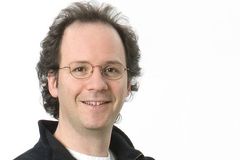 Opinion
Off balance: Canada, the U.S. and labour mobility
October 26, 2017 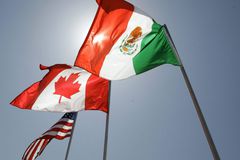