Neil Desai is an executive with Magnet Forensics and a Fellow with the Munk School of Global Affairs at the University of Toronto.

Over the past few weeks, jurisdictions across North America, including some Canadian cities, have been gearing up their bids to host Amazon's second headquarters. The prize for politicians is 50,000 high-paying jobs, with tens of thousands of indirect jobs and tax windfalls to follow.

Unlike most corporate lobbying efforts, Amazon has opted to widely broadcast their wish list, in the hopes of creating a bidding war. On that list, proximity to tech-savvy universities and colleges, an international airport and access to generous financial incentives ranked highest. The company also stated that quality-of-life considerations, such as access to public transit and affordable housing for their would-be employees, would drive their ultimate decision.

The Greater Toronto Area, with the backing of Ontario Premier Kathleen Wynne, has stated it will make an aggressive bid, under the stewardship of former TD Bank chief Ed Clark. While the GTA has most of these quality-of-life considerations, protectionist political sentiments in the United States would likely make such an investment by Amazon in Canada to, in part, service the U.S. marketplace politically unpalatable. And Mr. Clark's statement that the GTA bid won't include financial subsidies to the e-commerce giant probably grounded the bid before it ever takes flight.

The competitive nature of Amazon's bidding process will leave the winning bidder with a long-term conundrum. Like other large companies who play the financial-incentives game with state/provincial and municipal governments, Amazon will only be loyal to its hosts as long as the incentives keep flowing.

This has been the case for the North American automotive industry and other manufacturing industries who skewed their cost-curves with government incentives and one-off deals. Once those deals were reaching their end, they venue shopped again looking for the next best deal. If no desperate suitor appeared, global manufacturing, with lower labour costs, emerged as the next best option.

The only difference between those industries and Amazon is the fact that their assets were largely tangible, such as machinery and product, meaning there is a heavy cost to relocate. Amazon and the technology industry's greatest asset is their intangible asset, intellectual property, which can be moved on a whim. This gives them unprecedented clout when it comes time for renegotiation. This argument alone won't likely persuade politicians from backing out of bidding, as many are up for election now. The prospect of short-term, high-paying job-creation is much too good to consider the long-term negatives.

But is this truly net job creation? Amazon is a cutting-edge technology company, employing computer scientists, engineers, data scientists, highly specialized marketing and sales professionals as well as managers with global experience. These fields are in high demand, both in Canada and around the world.

The short-term result for the broader technology sector in the region is better described as job-shuffling for the highly trained, and this comes with a downside. When you create a large number of new jobs without increasing the supply of highly skilled employees, wages inevitably go up. The consequence of this for Canadian tech firms is grave; if they are priced out of the market for talent, this can stall or even halt their growth.

Then there's the issue of ideas conceived of in universities and small Canadian companies flowing to a giant such as Amazon, where they can be commercialized, or buried, much more quickly. Our government subsidizes the creation of intellectual property heavily. If Amazon gobbles up these innovations before they're commercialized in Canada, they can move them anywhere in the world to be commercialized or choose not to advance them at all. Canadian's won't get a solid return on their investment in this case.

You can't fault Amazon for trying to get the best deal possible for its shareholders, both in the short and long term. Our politicians need to be equally shrewd when deliberating such deals. They need to consider both the short-term benefits and long-term impacts when developing economic policies and strategies.

Canada is not without potential of creating a global tech giant. Ottawa's Shopify and Montreal's Lightspeed, also in the e-commerce space, and Cambridge's eSentire, a cybersecurity company, are just three examples of companies with proprietary technology that are scaling quickly.

Our politicians need to consider our promising tech companies and longer-term economic analysis. Creating an environment for a Canadian firm to scale up into a global powerhouse similar to Amazon would pay greater dividends than luring an existing tech giant.

The question is, are our politicians ready to forego short-term "opportunities" such as Amazon's headquarters in order to work on more important, albeit tougher, pursuit of helping scale Canadian technology companies to the benefit of all Canadians? 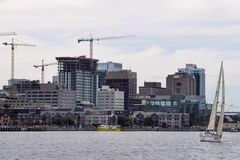 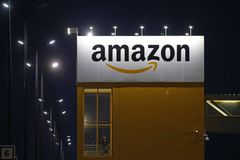 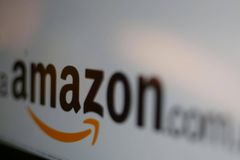