A year ago, when Bank of Canada Governor Stephen Poloz cut interest rates for the second time in six months, we knew we'd have to take the bad with the good. Slashing the bank's overnight rate in half to 0.5 per cent would surely further inflate regional real estate bubbles. But that, we figured, was just the price to pay in order to fuel non-energy exports and a sustainable recovery.

A year later, we're still waiting for the second half of the equation to kick in. The real estate sector keeps setting new records. Indeed, it's now Canada's biggest industry, leaving Alberta's oil patch and Ontario's manufacturing heartland in the dust. Ongoing weakness in those latter sectors is generating talk of yet another rate cut, no doubt to the delight of the friendly neighbourhood broker who keeps urging you to sell.

Hewers of wood and drawers of water, not. Canada is now a real estate nation, with little else to keep the economy from sinking into an even deeper funk. Gross domestic product shrank 0.1 per cent in May, and that's after excluding the negative impact of Alberta's wildfires on oil sands output. Yet, we're still buying houses like there's no tomorrow.

And there may not be a tomorrow for the suckers who buy in at the peak, whenever it comes.

The so-called economic rotation from oil to manufacturing exports that rate cuts (and the related decline in the Canadian dollar) were supposed to produce has not only failed to materialize but policy makers have pumped helium into an already overheated real estate sector that is masking structural weaknesses in the economy and setting us up for a bigger fall.

It's "difficult to believe that any progress has been made in terms of economic rotation. Indeed, the opposite appears to be the case, given real estate's increasingly large share of economic output," TD Bank economist Brian DePratto noted in a Thursday report. "Rising home prices do have positive knock-on effects for consumer spending, but over-reliance on the real estate market is hardly the sign of a healthy economy."

The real estate sector's share of GDP has grown 0.4 percentage points in the past two years alone, TD noted, while the share of everything else (including oil and manufacturing) has shrunk. Going back 10 years, to May, 2006, manufacturing output is down 11 per cent in real terms and mining (including oil) extraction is flat. But real estate's contribution to GDP has surged 35 per cent since then.

When you tack on to all those real estate fees the financial services that are bought and sold as part of real estate transactions, and the home renovations undertaken by prospective sellers or those unable to trade up to bigger or better houses as a result of surging prices, and it's not going out on a limb to suggest that the sector has grown too big for the country's own good.

Who's to blame? The very policy makers now trying to cool the market with demand-side measures that instead risk crashing the entire economy. Not only have low interest rates and restrictive land-use policies created an affordability crisis by driving prices for detached homes through the roof, any sudden reversal of those policies would take the floor out of the market.

Restrictive land-use and densification policies in B.C.'s Lower Mainland and Ontario's Greater Golden Horseshoe, on top of development fees and bureaucracy, have made it extremely difficult and costly to build single-family detached homes. These policies are the result of NIMBY lobbying and pandering to environmentalists who would force everyone but themselves into 700-square-foot condos in "location-efficient communities" on the subways or LRT lines. Only that's not what most people, including millennials, want. But to the "smart growth" zealots, aspiring to a detached home in suburbia is the new smoking.

Politicians who claim to be fighting for the middle class have priced most of them out of the Toronto and Vancouver housing markets. But worry not. B.C. has slapped a 15-per-cent tax on foreign buyers and Ontario could follow, while Ottawa is contemplating raising minimum down payments and slapping a hefty deductible on banks' insured mortgages.

These and other demand-side policies might indeed lead to a real estate slowdown – to wit, the 18-per-cent year-over-year drop in Vancouver home sales in July. But at what cost? If prices do start to fall, even moderately, buyer psychology will shift rapidly and a reverse wealth effect will set in. A real estate crash (which bypassed Canada during the last recession) could become a self-fulling prophecy. 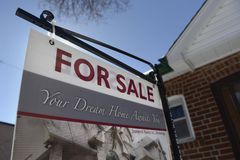 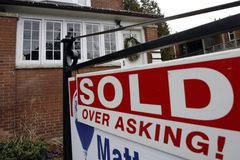 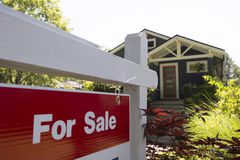