On May 9, The Globe and Mail published Canadians Can Innovate, But We're Not Equipped to Win, by Research in Motion co-founder Jim Balsillie. This is part of a series responding to and expanding on that essay.

Allen Lau is chief executive officer and co-founder of Wattpad.

To build or not to build … in Canada. This question keeps many of this country's entrepreneurs up at night. It's a hard decision to make, with pros and cons that shift at every stage of the business.

Prominent business leaders often lament the lack of support that Canadian technology companies receive from our government. Yes, it's true we don't have strong regulatory frameworks and policies to protect the ownership and commercialization of innovative ideas, but this is not a problem unique to Canada. Yes, as Jim Balsillie pointed out in The Globe, this affects companies negatively – but not all companies.

In today's Internet economy, software is king. The next technology behemoths will innovate with software and operating systems instead of new devices and machines. Several Canadian companies (Kik, Hootsuite, Slack) have proved that you can win on the global stage, even when you're based in Canada. When you build an Internet company, success does not come from the patents you hold or the lobbyists you've hired; it's about the product and the value it offers to users.

I would even argue that these companies are doing exceptionally well because they're based in Canada. Indeed, we have one major advantage that our neighbours to the south will never be able to trump with a powerful lobby or judicial strategy.

More than half of Toronto's residents were born outside Canada, myself included. For my company, Wattpad, a global community of 40 million readers and writers, I believe that Toronto's diversity gives me an unfair advantage.

True innovation is rooted in the ability to solve problems. Toronto's diversity has helped me build a team that is insightful and mindful enough to tackle the challenges that arise when you build a global Internet company.

When you aspire to serve a global population, you need diversity in your work force. I'm talking about the kind of diversity that goes beyond hiring someone to translate text in the product. You need to hire people who can not only speak different languages, but also understand cultural nuances. This is something that exists naturally in Toronto, as well as other parts of Canada.

Since the Internet is the first technology that simultaneously connects billions of people around the world, companies that focus only domestically miss out on a massive business opportunity. I see this opportunity get bigger every day as the number of people who can access the Internet grows, thanks largely in part to affordable smartphone technology.

When Wattpad first launched, it supported one language: English. Growth was painfully slow. My co-founder, Ivan Yuen, and I decided to support additional languages, such as Vietnamese and Tagalog. Almost immediately, this move attracted new readers and writers from around the world. However, user growth did not come without challenges.

As we expanded into other languages – ones we didn't read or understand – it became critical to engage these international audiences and support their needs by adapting our product. Fortunately, we had made the decision to base our company in Toronto, and could immediately reach out to friends and colleagues who were fluent in these newly supported languages and could offer us regional perspectives and insights.

Today, Wattpad sees growth in markets where smartphone penetration is on the rise, and in places that are underserved by the traditional publishing industry. Fifty per cent of our traffic comes from outside North America, and we have a team based in our Toronto headquarters that supports the growing international community. The majority of Wattpad employees can speak a second or third language. They are world travellers, having lived in 76 different cities around the world. Many are immigrants or first-generation Canadians.

The perspective they bring is invaluable. It's one of the many benefits of living, and building a business, in Toronto. While you can launch a company practically anywhere in the world these days, scalability becomes easier in an established and vibrant tech community where entrepreneurs have access to talent, mentorship and funding.

Internationally recognized postsecondary schools such as the University of Toronto and the University of Waterloo produce some of the world's best engineers and developers. This year, close to 40,000 Ontario students will graduate with degrees in math, science or engineering. Combine technical skill with cultural perspective, and these students quickly become in-demand hires.

It's also getting easier to raise capital. When I launched my first company and was looking for seed funding, the pool of venture capitalists investing in Canadian companies was extremely small. Today, this is no longer the case. Beyond the financial support, an on-the-ground investor is instrumental in helping you make connections that will benefit your business.

As a serial entrepreneur, I've lived in, worked in and travelled to many places. I even moved my previous company's headquarters to Silicon Valley, thinking that it would give me an edge. Today, I can confidently say that choosing to build Wattpad in Toronto is one of the best decisions of my entire career. I can't think of a better place to build a global Internet company than in a city that is a mosaic of ethnicities, languages and cultures.

Genies, vampires and fan fiction give Wattpad a lead against Amazon
March 3, 2015 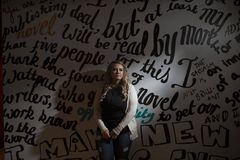 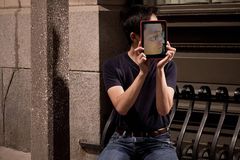 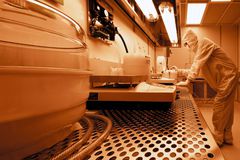