Celine Bak is president, Analytica Advisors. Ed Waitzer is a professor at Osgoode Hall Law School and the Schulich School of Business and a senior partner at Stikeman Elliott LLP

There is a pressing need to reassert the social utility of the financial sector – including the development of products, services and markets that help mobilize capital for social good. Why, then, is it so difficult for our financial institutions (and regulators) to "connect the dots"? Consider their conspicuous absence in recent global climate-change initiatives.

In the wake of the 2015 Paris agreement, conservative estimates of the measures needed to keep global warming below 2 C called for leaving at least one-third of existing global oil, one-half of global gas and 80 per cent of global coal reserves in the ground. The estimated value of stranded assets from the 2 C carbon budget ranged from $50-trillion (U.S.) to $100-trillion. This did not include the value of related infrastructure, such as the value of refineries, pipelines, ports and storage facilities. A recently leaked draft report of the United Nations Intergovernmental Panel on Climate Change suggests that to keep warming to below 1.5 C, the carbon budget is now half of previous estimates.

Will the transition be effected in a gradual, managed manner or as part of a highly disruptive process with severe costs to global security and stability? Unfortunately, we are currently on track for the latter course. As a result, Canada now faces critical economic risks that deserve urgent attention from our financial institutions and regulators. But when it comes to the transition to a low-carbon economy, Canada's financial sector has lagged behind global best practices, particularly with respect to disclosure standards, capital raising and investment plans.

Before the signing of the Paris agreement in 2015, the governor of the Bank of England warned that the shift toward clean energy would result in a marked increase in reserves for stranded assets. A year later, the chief executive of BP countered that regulators were looking to "weaponize the banking system against oil and gas" by giving the financial sector the power to influence the shift to decarbonization. To date, his warning appears exaggerated – regulators have so far failed to address carbon risk in the financial sector, while the United States has now stated its intention to leave the Paris agreement. In short, the Group of Twenty has failed to arrive at a consensus on the global action needed to achieve the commitments outlined in the Paris agreement.

Stepping into this breach, French President Emmanuel Macron convened the One Planet Summit (held in Paris last month on the second anniversary of the Paris agreement). Building a broad and deep coalition (reminiscent of the "En Marche" movement he marshalled during the past French elections), Mr. Macron aimed to bolster the UN negotiations by drawing upon the cities, regions and private-sector players who have shown that they can act on the need to avoid the worst consequences of climate change.

The global financial sector, which took a lead role in this process, is beginning to address the risks inherent in the transition to clean energy. In advance of the One Planet Summit, the Financial Stability Board's Task Force on Climate-related Financial Disclosures had recommended that companies should conduct and disclose scenario analyses of their resilience to climate-related risk. As the CFO of the German utility EnBW (a member of the Task Force) said, "Ultimately, it's about enabling markets to make informed investment decisions based on the right capital and risk allocation. For that to happen, the quality of climate change disclosures has to match the standards used for financial ones."

Such disclosure underpins a number of related initiatives. For example, a significant number of major sovereign wealth and public pension funds are actively redirecting capital to limit their climate-related risk exposure – whether by divestment, by engagement with investee companies or by not investing in companies that can't demonstrate a clear path for transitioning to operate within a low-carbon economy.

The Institutional Investors Group on Climate Change (IIGCC), whose members hold $21-trillion, will be engaging directly with the world's 100 global companies whose business models are most carbon intensive. Members of the EU High-Level Expert Group on Sustainable Finance (led by global insurer AXA's group head of regulation, sustainability and insurance foresight) have agreed on the need for the addition of sustainability as a duty to investors, a common green-finance taxonomy, lowering capital charges for green finance and raising them (with a higher risk weighting) for brown assets. Disclosure is now facilitating the reweighting of market indexes to highlight companies with lower carbon footprints.

France's central bank governor, along with seven of his peers (including governors from Britain, Germany, China and Mexico) recently agreed to form the Central Banks and Supervisors Network for Greening the Financial System. The Network will share best practices with a view to mobilizing the financial sector to support the transition towards a sustainable global economy. Unfortunately, Canada was not a founding member.

Given the nature of our economy (and the challenges of public-policy making), it's time for Canada's financial sector to step up and play a leading role in helping to address the fundamental systemic risks posed by carbon emissions and climate change. There are significant opportunities for the development of financial products, services and regulation. The financial sector will be called upon to demonstrate that its purpose is not simply self-serving but, rather, to contribute to the "real economy" and, through it, to national and global well-being. 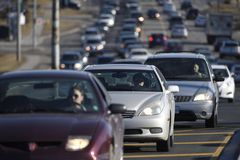