Jeremy Kronick is a senior policy analyst at the C.D. Howe Institute.

From the Finance Minister to the Bank of Canada to Canada's big-bank executives, everyone is talking about surging house prices in Vancouver and Toronto. What can federal policy makers do about it? Unfortunately, not much – because the core problem is a lack of low-cost, single-family homes in those cities, driven in part by local and provincial government policies.

What are the facts? Nationally, house prices have increased by 67 per cent since 1990 and by 19 per cent since 2006. However, interest rates have decreased during this period. The conventional five-year mortgage rate fell from nearly 13 per cent in 1990 to 7 per cent in 2006 and is now below 4 per cent. This has left the average consumer with higher principal costs instead of higher interest costs.

The net result is that Canadians have the same average monthly housing costs they've had for decades. Mortgage payments relative to disposable income are in line with the average since 1990 and lower than the percentage through much of the 1990s.

However, these numbers do not reflect the real affordability problem in Toronto and Vancouver. To understand these markets, policy makers need to differentiate between condominiums and single-family housing. For condominiums in both markets, the monthly mortgage payments on the median house-price relative to median income has been flat since the early 2000s, consistent with the national story. However, it's in single-detached houses where we finally see rising monthly housing costs and thus a stronger case for unaffordability. Therefore, policy makers should be focused on single detached houses.

The typical rhetoric around solutions to the unaffordability of single detached houses in these cities focuses on curbing demand through federal mortgage and banking policies. The government has taken steps, including last year's decision to increase the minimum down payment from 5 per cent to 10 per cent on the portion of house prices above $500,000. There also continue to be consultations on the new requirement from the Office of the Superintendent of Financial Institutions that will force banks to hold additional capital on their balance sheets in riskier areas.

While these policies may curb some demand, it will likely be insufficient. Why? Toronto and Vancouver bring in over 100,000 immigrants combined a year. They will continue to drive up demand for all kinds of housing, including single detached homes. Immigrants provide huge boons to economic growth, so the solution does not lie in preventing these inflows. Furthermore, the notion that we can prevent foreign money from coming in to buy up housing belies the fact that we are constantly sourcing these international funds in almost every other area of the economy, and rightly so. We cannot have our cake and eat it, too.

This brings us to the other side of the coin, and an area that gets very little attention: the lack of housing supply.

Many of the problems are not the federal government's fault. Cities and the provinces are making new single-family housing more expensive.

Vancouver is hemmed in by mountains, to be sure. But the Province of British Columbia has restricted home building on a large amount of land it has protected for agriculture around Vancouver.

The Province of Ontario limits how much new housing can be built outside already built-up areas. The result, according to researchers at Ryerson University, has been a shortage of land for housing and the cost of low-rise housing has grown far faster than high-rises. The province recently announced a plan that further restricts the ability of local governments to approve new housing on undeveloped land. More restrictions on new building will drive costs higher yet.

Ontario recently announced plans to require that new houses built as of 2030 have net-zero carbon emissions. The necessary upfront investments in energy efficiency will also increase purchase costs for many households.

Municipalities also require home builders to pay up front for new municipal infrastructure. How much are these costs for new single-family housing? A home builder in Markham, Ont., would have needed to pay more than $63,000 per house in 2014 for upfront municipal development charges. These costs get passed on to new home buyers through higher purchase prices.

What's a better way to keep housing costs down, but still finance infrastructure? Instead of sending home builders an upfront bill, cities should instead charge all homeowners based on how much infrastructure they use. That means putting a proper price on water or roads.

Toronto and Vancouver also stand out for the extra regulatory hurdles they place on home builders. These cities are notorious for engaging in protracted and often arbitrary negotiations with home builders before approving new buildings. In exchange for permission to exceed sometimes artificially low zoning limits, cities often demand that home builders finance local amenities such as daycares, public art or parks. These costs can go beyond the actual expense of the benefits. The delays and uncertainty in getting approvals is costly for home builders. Yet again, home buyers pay the final bill for these policies.

The first step in finding a solution is identifying the problem. In the case of housing, the unaffordability problem centres on single detached housing in Toronto and Vancouver. While demand-side policies continue to be the flavour of the day, they have had mixed results. Better to focus on bringing more supply to market. 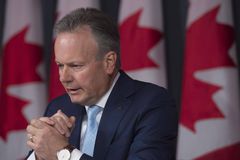 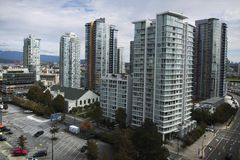 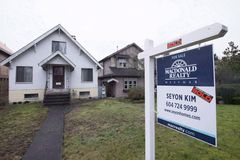