Andrew Jackson is adjunct research professor in the Institute of Political Economy at Carleton University, and senior policy adviser to the Broadbent Institute

Data from the 2016 Census show that income inequality grew quite significantly over the decade from 2005 to 2015, and that the supposedly most progressive part of our overall tax system failed to make much of a difference. This underlines the need for progressive tax reform in the next federal budget.

One key way of thinking about income inequality is to look at the gap between the middle and the top of the income distribution. Here we look at the incomes of working-age persons ranked by deciles. Every person is assigned to one of 10 equal-sized income groups, ranked from the lowest 10 per cent to the top 10 per cent of all persons on the basis of after-tax income adjusted for family size.

Data are available on income, sources of income and income tax paid for each decile over time, and also for the median, the midpoint of the distribution such that half of Canadians have higher incomes and half have lower incomes.

While the census showed that most Canadians benefited from income gains compared with 2005, the top 10 per cent grew away from the middle as has mainly been the case since the 1980s. Other sources of data show that income within the top 10 per cent is itself highly concentrated in the hands of the top 1 per cent and an even smaller group of the ultra-affluent.

While this was a welcome gain in real incomes, the increase was greater among higher-income groups.

One way of measuring inequality is to look at the average total or pretax income of the top 10 per cent compared with median income.

The affluent certainly pay a higher share of their income in taxes than most Canadians, but the difference is not all that great. This is partly because we tax individuals rather than families, and the family circumstances of the top 10 per cent vary.

It should be borne in mind that the personal income tax is the only major progressive part of the overall tax system through which those with higher incomes pay proportionately more. By contrast, sales taxes are regressive since all persons pay the same rate of tax, and the affluent spend a smaller share of their income on taxable goods and services.

The top 10 per cent (and even more so, the top 1 per cent and higher) benefit from the fact that investment income is generally taxed at a much lower rate than earnings. Just half of capital gains and stock-option gains are included in taxable income, and dividends are also taxed at a favourable rate.

The Trudeau government promised progressive tax reform to close the growing gap between the affluent and the middle class. In fairness, they have raised the very top income tax rate, but they also cut the next-to-top tax rate that benefits mainly the top 10 per cent, and have to date failed to deliver on reform to tax loopholes that currently mainly benefit the top 1 per cent.

More certainly needs to be done if the personal income tax system is to hold growing income inequality in check. 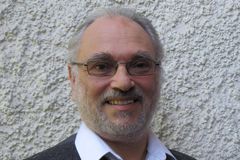