Dan Breznitz is Munk Chair of Innovation Studies and co-director of the Innovation Policy Lab at the Munk School of Global Affairs at the University of Toronto. He is the author of several award-winning books on innovation and growth.

Announcing their first budget last month, the federal Liberals correctly asserted that budgets are not the way to run innovation policy. However, we were also told that the government still needs several months of extensive consultation before it reveals Canada's first "innovation agenda."

This is troubling, because the best path to disastrous innovation policies is overplanning. Further, this approach suggests that Ottawa takes an urgent and tragic problem and further complicates it.

Many criticisms have been written in The Globe and Mail's pages about the lack of Canada's innovation policy. This time, I would like to offer some constructive suggestions about Innovation, Science and Economic Development Minister Navdeep Bains's historic undertaking. I say historic because Canada never had an innovation policy. Instead, we confused economic-growth policies and science-and-technology strategies with proper innovation strategy.

The good news is that the solutions are simple, well-known and easy to implement, assuming political will and courage. After all, successful innovation policies are the pillar of prosperity of successful countries around the world. Another piece of good news in a period of budgetary deficits is that innovation policies don't need additional budget money. Canada's public spending on business innovation as percentage of GDP is already higher than in Finland, Israel and Germany – all countries we should emulate in innovation outputs.

Here is Canada's problem: We are failing at commercialization of ideas across the board in all industries, and in all sizes and ages of companies. Only 2.2 per cent of our firms even engage with innovation, and business R&D spending has been systemically declining for 15 years. If there is a global gold medal in innovation failure, then sure, Canada "owns the podium."

For this reason, our policy solutions need to be systematic and focused on companies, or "agents." By definition, innovation happens in the marketplace, and we need to equip, stimulate and support the companies and entrepreneurs who do it. We need to innovate – commercialize Canadian ideas – from high tech all the way to low tech, agriculture to services. By focusing on accelerators, university research commercialization, nanotechnology or our inadequate intellectual-property-rights strategies, we are treating symptoms while ignoring the disease. Our policy goal requires changes in behaviour and significant continuous increase innovation output.

Our policy-makers need to use well-known qualitative and quantitative metrics for policy evaluation to determine whether more businesses engage in innovation; whether the private sector is undertaking more innovation; whether we stimulate more private investment in business R&D per taxpayer dollar spent; and whether indigenous ideas are scaling up in Canada, creating the good jobs and wealth we need.

Here is a third piece of good news: Over the past two decades, Canadian ability to invent (a necessary first step for innovation) moved from great to excellent. Canadians have created some of the world's most valuable inventions, even if we failed to innovate with them. Our research and education infrastructure is the best in the world. Finland, South Korea and Israel, the three countries whose innovation-based growth we dream of matching, have between them zero universities in the world's top 50. Canada has three.

So what needs to be done for Canada to benefit from these positive attributes? The answer is simple: Create effective innovation policies focused on the "agency" – the company and the entrepreneurs – and ensure that Canadian businesses that innovate can do business in Canada.

A high priority is to guarantee transparent regulatory pathways for domestic innovations and active involvement of the regulators in a wide public discussion about how to react, rethink and change in tandem with new innovation, while safeguarding Canadian social principles. Peer-to-peer lending and currency exchange are the two areas where British and U.S. fintech companies not only made billions but also proved their usefulness to consumers.

Sadly, for more than 10 years, our regulators have ensured that Canadian fintech companies were not allowed to operate in these two areas.

An effective innovation policy fosters the development of products, services and industries that do not yet exist and whose business models and markets have yet to be created. Accordingly, innovation policy needs to be based on continuous experimentation, not long-term detailed planning. Policy-makers must rapidly come up with new initiatives, kill the ones that don't work, scale up those that do, and then, as new industries grow, keep changing the incentives in a co-evolutionary process to keep pace with the industry's dynamic needs and capabilities.

All successful innovation economies operate like this. And for the process to be effective, continuity is essential. Businesses, entrepreneurs and the public need certainty that Ottawa is committed to innovation. These efforts must continue year after year, decade after decade without regard to the politics of annual budgets and which prime minister is in power.

Institutionalizing these commitments, policy experimentation and scale-up processes solves the inherent political challenge that threatens to undermine innovation policy. For a minister or prime minister to admit one time that enacted policies have been a waste of taxpayers' money and must be changed is difficult – to do so repeatedly is political suicide. Currently, instead of acknowledging failure, successive governments keep funding flawed programs.

This is how other countries have turned themselves into innovation nations. Finland, Israel and Taiwan created innovation agencies with modest but secure budgets and high independence from political interference. Twenty years later, the Finnish Sitra, the Israeli Office of the Chief Scientist and the Taiwanese Industrial Technology Research Institute have all developed, implemented, scaled up or discarded many programs. Such flexible long-term commitment to innovation policy, and innovation in policy, transformed their economies and secured their citizens' prosperity.

Canada needs its own innovation agency with a simple mandate, operational freedom, institutionalized continuity and limited political interference. That office needs to avoid two things we currently do: overplanning and thumb-twiddling.

Mr. Bains should pay attention to Ed Mlavsky's account of how, as executive director of the Israel-U.S. Binational Industrial Research and Development Foundation (BIRD), he developed one of the world's most successful innovation programs.

"On my first day at the job, I found a tragic situation," he told me. "For two years, my predecessors wrote detailed plans and strategies but did not start a single project. I told my team to scrap everything and focus solely on getting a few projects off the ground as quickly as possible. After we have some projects, I said, we can crystallize a strategy that has a base in reality."

Under Mr. Mlavsky, BIRD has contributed to billions of dollars in sales of products and services. It has become the gold standard, the subject of several PhD dissertations, and has been studied by countless international teams. None of the programs emulating it has reached its success.

There is such thing as too much consultation. It's time for Canada to let its own Ed Mlavskys get to work.

Opinion
To lead in innovation, our economic immigration policy needs a shakeup
April 23, 2016 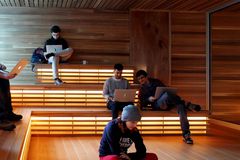 Opinion
A rigorous Canadian innovation policy needs to be able to evolve and pivot
April 15, 2016 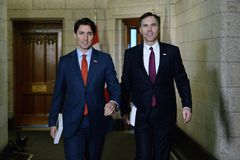 Opinion
By sitting on the sidelines in fintech, Canada risks losing golden reputation in banking
April 18, 2016 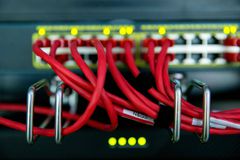