Allen Lau is chief executive officer and co-founder of Wattpad.

Something wonderful happened in the startup community leading up to this election. We've been shaken into action as the parties have failed to deliver clear positions on how they will support the technology sector in Canada.

It started with concerns over the New Democratic position on stock options, an important incentive that attracts and retains talent in the early stages of startups. This led NDP Leader Tom Mulcair to clarify his position on stock options in an effort to ease tensions in the tech community. It continued with Liberal Leader Justin Trudeau pledging $900-million to support innovation, to mixed response. This scramble by the candidates to address tech and innovation policy has motivated the industry like never before.

Almost overnight, calls for a unified voice in technology have gotten louder. John Ruffolo of OMERS Ventures and Jim Balsillie, former co-chief executive officer for Research in Motion, have urged tech leaders to pull away from the code lines, gadgets and devices that occupy so much of our time and weigh in on what party hopefuls are saying (and not saying) about our industry, which employs over 800,000 people and contributes $70-billion to the Canadian economy.

Having a unified voice is critical, but it's only part of the solution. To the candidates and our next government, I want to to impart some sage advice that has benefited some of the most successful startups: It's time to pivot.

In the startup world, a pivot is a shift in company focus. It's a strategic movement in a completely different direction that requires teamwork, moxie and the acknowledgment that your current path isn't the best way forward.

To pivot, politicians must acknowledge that the Internet is the new oil. Our technical, creative and entrepreneurial talent in this country is world-class. There is hard work ahead in order to remain competitive and only teamwork and frank conversations – with the right people at the table – can get us there.

A pivot makes sense when a competitor swallows up your share of the market, or when a new technology emerges and changes the game. For years, we've been locked into conversations based on dated policies and economic models while the world shifts around us.

We need a government that understands the potential of an innovation economy and creates policies and frameworks designed to support it. The need to pivot is clear when you consider agreements such as the Trans-Pacific Partnership that yoke innovation to an Old World model of intellectual property protection.

Technology advances at a lightning-fast pace. But, while technology in Canada continues to gain momentum, politicians have yet to acknowledge the potential of the innovation economy. Instead, they focus their platforms on traditional industries in efforts to curry favour and votes. Depending on commodities and trade partnerships is a dangerous gamble to make as the world's economies become increasingly unstable.

For Canadians working in technology, remember that it's a two-way street. Mr. Ruffolo has acknowledged that the Canadian startup community has not adequately consulted with the government about our needs. If we continue to remain silent on the issues that affect our industry, politicians will continue to introduce legislation that works against the innovation economy, leaving us behind.

Technology has the the power to transform entire industries. Let's work together to change policies put in place during the heyday of oil tankers and cargo ships. It's time to acknowledge that Canada's output includes not only physical objects, but ideas.

We can pivot toward a Canadian economy that supports its entrepreneurs through informed decisions. Let's open up the lines of communication and show people around the world, and here at home, that Canada has what it takes to be a leader in the innovation age. 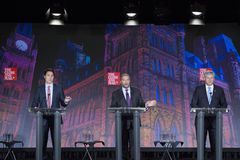 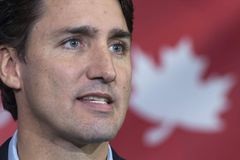 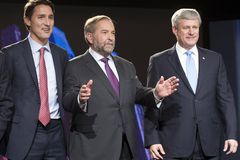 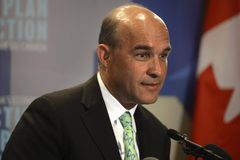