Stewart Beck is the president and CEO of the Asia Pacific Foundation of Canada. Before joining APF Canada he was a career diplomat serving abroad in the U.S., Taiwan, China, and India.

Canada has been fortunate to have traditional trade partners in North America and Europe as sources of growth and stability, and these partnerships must be maintained. But with the wave of deeply isolationist anti-trade rhetoric sweeping Europe and the United States, the Asia Pacific – with its fast-growing economies and expanding middle classes – makes more sense for the future prosperity of Canada.

When Finance Minister Bill Morneau released the report last month from the Advisory Council on Economic Growth, the one initiative that stood out is the recommendation that Canada organize its economic policy around a pivot to Asia, more specifically as a central global trading hub bridging Asia and Europe.

This is a national policy "pivot" that the Asia Pacific Foundation of Canada has long supported, impressing upon Canadians – and Canadian businesses – the vast and growing opportunities in the established and emerging economies of Asia.

Specifically, the council recommends – under the umbrella of "Positioning Canada as a Global Trading Hub" – the creation of a mechanism it dubs the "FutureSkills Lab." This arm's-length organization would improve the "resilience" of Canada's labour force and help it adapt to global competition and future technological change.

Ambitious in its conception, the Lab would ultimately identify and co-finance training programs to help "upskill" and "reskill" Canadian workers to participate in the new economy. The council recommends Ottawa earmark $100-million in each of the next five years for this endeavour.

But if the underlying objective of the council's "path to prosperity" is to truly position Canada as an effective trade bridge with Asia, the FutureSkills Lab must include, and wholly support, an "Asia Skills and Training Centre of Excellence." This centre would help Canada capitalize on the growth and transformation under way in the Asia Pacific and provide Canadians with the Asia-related skills and competence that will help us deepen our engagement with the region, and win support at home for much needed new policies and initiatives by all levels of governments.

Our international competitors, including Australia, Britain, New Zealand and the United States, have strong domestic programs to support familiarity with the diversity of Asian cultures; knowledge about the region's economies, societies, and political systems; and the ability to speak Asian languages. Canada's proximity to the United States and cozy familiarity with European markets have left us at a critical disadvantage.

An "Asia Skills and Training Centre" would would spearhead and support initiatives to help Canadians become more Asia competent, including:

In the first nine months of 2016, Canada's trade with the 17 major economies in Asia increased by a mere 0.3 per cent over the same period in 2015. In 2014, our market share in Asia represented just 0.9 per cent of the region's total imports (while roughly 22 per cent of Canada's total imports came from the Asia Pacific in 2015). Do these statistics paint a picture of a Canada-Asia engagement strategy on a growth trajectory?

Canada must develop deeper trade links with the fast-growing economies of Asia, invest in trade infrastructure to improve our access to global markets, support sectors where we have natural advantages, and assist our SMEs in scaling up and better engaging with Asia.

But to truly position Canada as the global economic centre of gravity shifts, we must first encourage and support a deeper knowledge and understanding of the region, its cultures, systems and politics. And that will demand the kind of focused and sustained initiatives that an Asia Skills and Training Centre of Excellence can deliver. 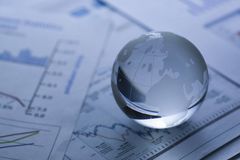 Opinion
For Canada and Australia, shared values are the greatest defence
February 20, 2017
Follow us on Twitter @globebusiness Opens in a new window
Report an error
Due to technical reasons, we have temporarily removed commenting from our articles. We hope to have this fixed soon. Thank you for your patience. If you are looking to give feedback on our new site, please send it along to feedback@globeandmail.com. If you want to write a letter to the editor, please forward to letters@globeandmail.com.
Comments