Creso Sá is a professor at OISE/University of Toronto and co-author of Tapping the Riches of Science: Universities and the Promise of Economic Growth and The Entrepreneurship Movement and the University.

To those who concern themselves with generating evidence for a living, the Liberal government's reinstatement of Statistic Canada's long-form census provides hope that more comprehensive changes may happen in Ottawa with the reviews of federal support to science and innovation.

This is an opportunity to take a hard look at the single largest investments Canada makes on research and development: The Scientific Research & Experimental Development Tax Credit (SR&ED).

It's also going to be the next litmus test regarding whether or not the facts get in the way of good policy making and implementation.

The SR&ED represents a commitment of around $3.5-billion a year in foregone tax revenue to subsidizing industry research and development.

This program makes Canada somewhat unique among other industrial economies in terms of the relative emphasis on indirect investment in business R&D. Has this Canadian approach to supporting business R&D worked?

The simple answer is no, for at least three reasons.

First, Canada's notoriously weak industry R&D continues to slip relative to other advanced industrial economies. Despite continued subsidy, total business R&D expenditures were smaller in 2015 than a decade ago.

As a percentage of gross domestic product, corporate investment in R&D has declined since 2000, while innovation powerhouses such as the United States, Japan and Germany have generally seen increases. Even the average business investment across all Organization for Economic Co-operation and Development (OECD) countries outperforms Canada.

Second, the economic rationale behind SR&ED is of economic "spillover effects," meaning that innovations stemming from R&D generate greater benefits to the economy as a whole than to the performing organization. However, the innovation outcomes of firms benefiting from SR&ED are rather unclear. Only about a dozen firms have sizable R&D budgets in Canada, with smaller companies generally less well equipped to conduct R&D. Technology-based startups are an exception, but there is simply no evidence that the business drawing on the SR&ED are those actually capable of innovating, and thus generating the imagined benefits.

Third, the SR&ED is guided by bureaucratic rules and frameworks, rather than the dynamic context and expertise of industrial technology markets and business innovation strategies. It is quite telling that the SR&ED's own overview of its history reports on procedural adjustments, rather than on any substantive outcomes. Even generally friendly reviews of federal support to R&D indicate the program is unnecessarily complex and burdensome for companies, to the point that a cottage industry of consultants has emerged to guide firms through applications.

That makes for an odd means of incentivizing business innovation. What Canadian breakthroughs can be credited to the SR&ED? Assessments of the program tend to report on its generic "popularity" rather than tangible achievements.

It is no doubt a political challenge to terminate a program such as SR&ED.

It benefits a well-defined and vocal constituency that has little incentive to let it go. It also seems to address a very important policy problem that no government would like to be blamed for ignoring or aggravating. Many would probably claim that things could get much worse were the program to disappear.

Nonetheless, is there an evidence-based case for the continuation of SR&ED? Hardly. With the upcoming federal review, this is the time to stop tinkering with this massive subsidy and consider other strategies to induce and support industrial innovation and entrepreneurship.

Indeed, there is no lack of ideas. Canada has produced an enviable collection of policy reviews, strategies and reports around stimulating innovation for the past half-century, with many sensible proposals.

The Science, Technology and Innovation Council, the Council of Canadian Academies and a large number of think tanks and university research centres have contributed to such discourse.

The ball is with the federal government now. They would do well to make the most out of the upcoming reviews and consider a reallocation of the substantive national resources that are consumed by the SR&ED.

And doing the right thing will truly mark a departure from its predecessor government's disdain for evidence-based policy making. 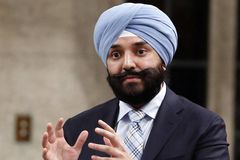 Opinion
Four things for Ottawa to keep in mind as consultation on innovation unfolds
May 2, 2016 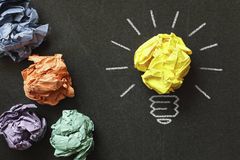 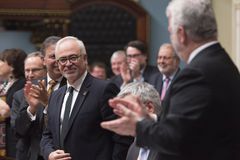