As the fall federal election approaches, it's important for Canadians to place international trade and foreign policy on the front burner – or at least not on the back burner as is traditionally the case – since Canada's competitiveness is heavily reliant on Canadian exports and inward foreign investments to stimulate the economy and employment.

It's no secret that Canada lacks competitiveness on the international business stage and there are scant signs that that's about to change. Why? Prime Minister Stephen Harper's pro-trade agenda or "Global Markets Action Plan" has plenty of ambition, but it doesn't have adequate human capital and financing that is needed to back it up.

While co-operation is well established between the diplomatic service and large Canadian-based companies in industries such as extractive, banking or technology, small and medium-sized companies are finding it harder to get government support on foreign markets.

On March 18, 2015, Mr. Harper announced a new export market development program that would provide $50-million over five years in direct financial assistance to entrepreneurs seeking to export to emerging markets for the first time.

Canada has one chance to get it right. Programs like CIDA/DFAIT INC were once successful, but the support has diminished and the Canadian business community has lost confidence in the "system."

As a former Canadian diplomat, I speak first hand to the benefits of investing and competing in markets that would provide the best return for Canada.

As founder and CEO of an international business and commercial diplomacy advisory firm, I recently met with senior Indian government and business leaders to discuss ways to enhance trade and promote Canadian exports. What is clear to me – whether in Asia or around the world – is that Canadian commercial diplomacy thrives when we understand how business, government and civil society intersect and complement one another. We're not doing this kind of diplomacy enough, or even effectively, and it shows in our diminishing export prospects.

The numbers don't lie – trade accounts for more than 60 per cent of Canada's gross domestic product, and one in five Canadian jobs is linked to exports. Can we afford to consider this a back-burner issue any more?

Historically, Canada has built wealth and prosperity through international trade and investment, but the current direction of Canada's foreign policy isn't living up to past commercial diplomacy successes.

Despite our shortcomings, Canada remains one of the most attractive destinations to invest and do business – a highly skilled, innovative work force; tier-one educational and research institutions; a large market backed by a world-class financial and banking system; an abundant supply of affordable energy.

Opening markets also involves more than just trade – it includes prioritizing strategic investments and diplomatic assets abroad. Ninety-five per cent of the world's consumers now live outside of Canada; we need to expand our access in the global marketplace to better compete in emerging economies.

Diplomacy has focused on large deals for too long. It's time we gave more attention to small and medium-sized enterprises (SMEs) if we want to replicate successful models in Australia, Germany and the United States.

With economic growth concentrated in emerging markets, yet often beyond the reach of many Canadian companies, the Canadian government and business community must work together, through commercial diplomacy, to re-assert Canada's position on the international business stage.

We face an important choice. We can ensure that the global trading system reflects our values and interests, or we can concede that role to others, which inevitably creates a less advantageous position for our businesses. The economic implications are vast, but so too are the strategic ones. Sitting on the sidelines, we'll see our partnerships weakened and we'll miss the opportunity to forge new habits of co-operation among key partners.

To be serious contenders in the global marketplace, Canada needs a solid program that really meets the needs of SMEs. The solution is to put the right export development framework in place to help SMEs access financing, find the right partners and have senior-level expert advisers walk them through complex markets. I strongly believe that it takes more than adding trade commissioners and signing agreements to get companies into new markets.

If Canada leads on trade, it can help bring jobs to our cities and towns, partners to our defence, and peace and prosperity to those around the world who have embraced openness and fairness.

Canada's future prosperity depends on it: We all depend on building the prosperity of the Canadian economy through international engagement.

Why Canadian small businesses should think seriously about India
April 15, 2015 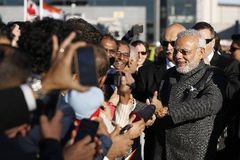 Five reasons why Canadian small businesses should expand to the U.S.
June 3, 2015 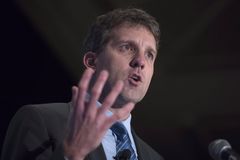