People often look at me as if I had three heads and just landed from Mars when I tell them that I majored in Latin American studies – with a degree in business. The confusion often deepens when I say that my degree is bilingual, instructed in both of Canada's official languages – in Alberta. And the whole thing gets really mind-boggling when I say that about a quarter of my classes were taught in Spanish.

After attending the Alberta School of Business, I went to law school. A law degree is arguably one of the most prestigious, versatile and multifaceted degrees to be had in Canada.

However, while I enjoyed my years in law school and am grateful to have had the opportunity and financial resources to receive a legal education in Canada, I found myself continuously challenged by the cookie cutter.

Follow this path and you will not fall into the despair of debt, joblessness and social embarrassment.

There are many truths and realities the cookie cutter encompasses. However, the effect of a cookie-cutter-framed legal education is that it excludes and mistakenly confuses other assets and forces, which often transcend the law, as irrelevant or less important. Thus, learning another language, discovering another way of life or prioritizing an international dimension to one's education is shoved to the sidelines.

The educational experience that the cookie cutter promotes becomes even more troubling in the Canadian context where there are two official languages and two legal traditions, making bilingualism and bijuralism unique and central to our democracy. Indeed, when laws are co-written in English and French at Parliament, both versions have equal force of law. Lawyers should consequently understand both versions in order to appreciate the entirety of the law, and to offer the best possible advice to their clients. Failing to do so could present significant practical, legal and ethical issues for practitioners.

Likewise, federal legislation is required to take into account both of Canada's judicial traditions, common law and civil law. In certain cases, a failure to comprehend the distinct nature and genesis of both legal systems may pose a challenge for lawyers seeking to fully understand the construction of federal statute.

In a country so rich in diversity, history and culture, I can't help but ask myself: Are law schools in Canada doing enough to encourage students to take classes outside the traditional field of the law? What if it were mandatory, or at least possible, for students to take two or three "extralegal" courses? Learn another language, go on an exchange, study the history of a foreign nation or deepen your understanding of a Canadian-related issue. Do something you didn't have the chance to do in your undergraduate or masters studies.

Ignoring other fields of pertinence to a lawyer's profession – something as simple and basic as learning another official language to wholly understand the idiom of law in which you seek to practise – is not only illogical and rather silly; it's irresponsible.

If I have learned one thing throughout my time in law school, it is the importance of being complete. Learn a little more every day. Indulge in the plurality of your interests. Do something wild and self-fulfilling. The opportunities are there – now more than ever.

Defy the cookie cutter, and seek mentors who have defied it. Even if your ideas, creativity and innovation have completely butchered its perfect shape and form, you'll be a better human and professional in the end.

How Omar Khadr's odd-couple legal team worked together to free him
May 19, 2015 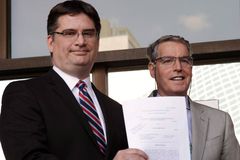 Shortage of articling positions for students up for debate in Law Society elections
April 21, 2015 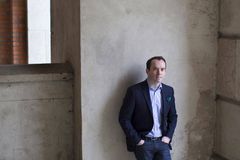